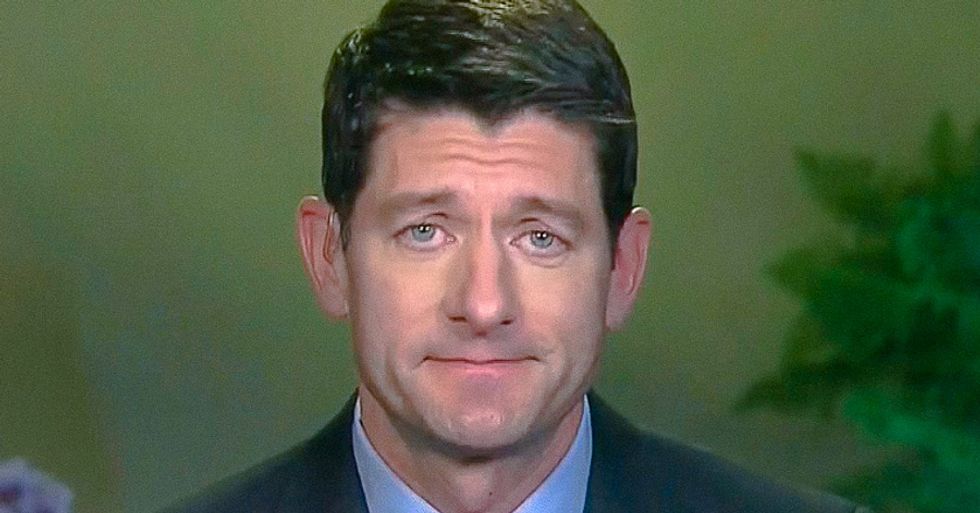 Speaker of the House Paul Ryan (R-WA) addressed the surge of support among Republicans for Julian Assange, calling the WikiLeaks founder a “sycophant for Russia.”

Ryan’s dismissal of Assange is in contrast with other Republican leaders. After watching Fox News’ Sean Hannity interview Assange on Tuesday night, former GOP vice presidential candidate Sarah Palin apologized to the WikiLeaks founder, praising him for “exposing” the Left’s “atrocious actions” and the “media collusion that hid what many on the Left have been supporting.”

Trump also responded to Hannity’s Assange interview with criticism against Democrats, arguing on Twitter Wednesday morning: “Julian Assange said ‘a 14 year old could have hacked Podesta’ - why was DNC so careless? Also said Russians did not give him the info!”

Ryan declined to comment on Trump’s pro-Assange comment, insisting, “the last thing I’m going to do is start commenting on every little tweet or Facebook post. That is just not what I do with the president-elect or when he’s president." "I think he has not received his Russia briefing yet,” he continued.

“I believe that is scheduled for Friday, so hopefully he’ll get to up to speed on what has been happening and what Russia has or has not done. And he’ll be better informed on that.”

Trump has been reluctant to accept the intelligence community’s consensus that Russia hacked the DNC in an effort to sway the election. The president-elect is scheduled to receive a briefing on the Russian hacking Friday, though he’s also begun sowing doubts over the validity of that brief.

According to NBC News, the Russia briefing was always scheduled to be delivered to Trump Friday. One senior intelligence official told NBC News Trump’s tweet alleging a delay is “adversarial.”