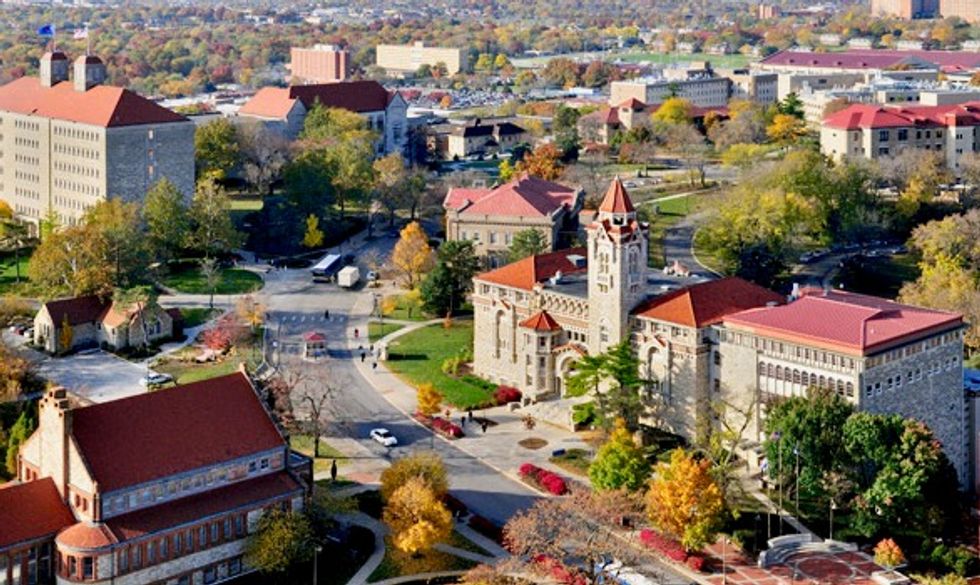 University of Kansas police are investigating the reported rape of a 16-year-old girl last month at the dormitory housing the college's highly ranked men's basketball team, officials said on Thursday.

No charges have been filed and the victim has not been identified by police. The alleged attack was reported to have taken place between 10 p.m. on Dec. 17 and 5 a.m. on Dec. 18, campus police said in a statement.

Deputy Chief James Anguiano said in an email that five members of the Jayhawks basketball team were witnesses. The suspected assault took place at all-male McCarthy Hall, which houses the team and other students.

The victim was not a University of Kansas student and was visiting dorm residents, the police statement said. She reported no physical injury, it said, adding that Kansas Athletics officials are cooperating with the investigation.

An online police report describes the incident as "rape" and "forcible rape," while the statement calls it "sexual assault."

The report said other potential crimes related to the incident included contributing to a child's misconduct, furnishing alcohol to a minor and possession of drug paraphernalia.

The story was first reported by the Lawrence Journal-World newspaper.