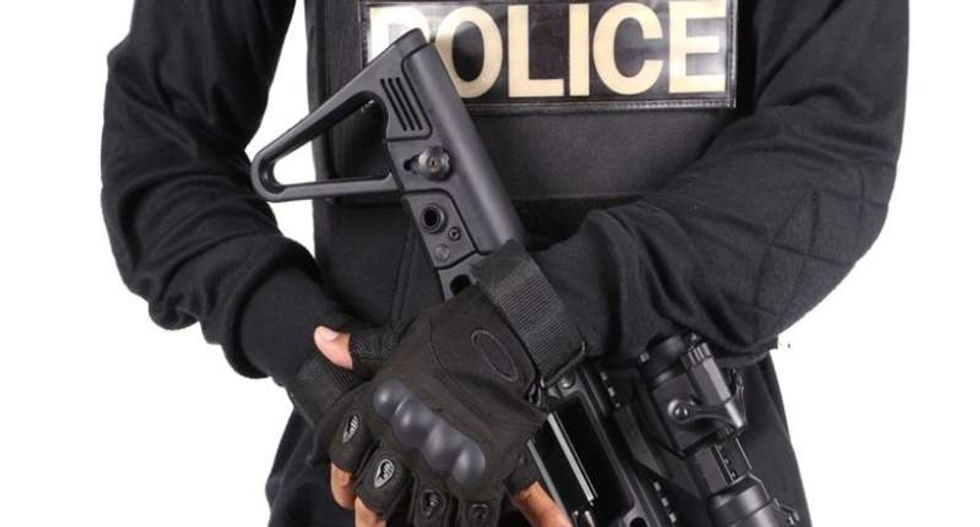 On December 17th, 2014, an Indiana SWAT team rode the Department's Lenco Bearcat, an armored vehicle, to the Evansville home of Mario Deon Watkins. Dozens of officers surrounded the house. An officer knocked on the door, announcing "police—search warrant." One second later, SWAT used a battering ram to break the door, according to court documents, and a member of the SWAT team tossed a flash-bang grenade in the room, a device designed to stun with explosive light and noise.

"The aim of the flashbang is to disorientate and distract hostiles in a room, giving the entry team a few precious moments in which to enter and neutralise any threats," says a website for the British special forces. The device exploded and police stormed into the home—only to find a 9-month-old baby crying in a play pen close to where the flash grenade had exploded.

The search turned up drugs and a gun, but late last week an Indiana Court of Appeals reversed Watkins' convictions in a decision that might influence how police conduct raids in the future.

"We conclude that while there was a considerable degree of suspicion, the extent of law enforcement needs for a military-style assault was low and the degree of intrusion was unreasonably high," the Court decision reads.

The ruling is unusual because courts rarely overturn convictions in cases like this, said Peter Kraska, a police militarization expert at Eastern Kentucky University. He said the case could create a precedent that complicates how law enforcement agencies use flash-bang grenades intended to stun and disorient potential foes.

"Generally speaking, most courts support the tactics police are engaged in," said Kraska, who has studied police militarization for three decades. The ruling "potentially throws a kink in all SWAT operations that involve a flash-bang grenade."

The use of the device to execute warrants has caused controversy before, most notably in 2014 when a Georgia police officer tossed a flash grenade in the crib of 19-month-old Bounkham Phonesavanh, causing burns all over his body and other grave injuries. As it turned out, police had raided the wrong home.