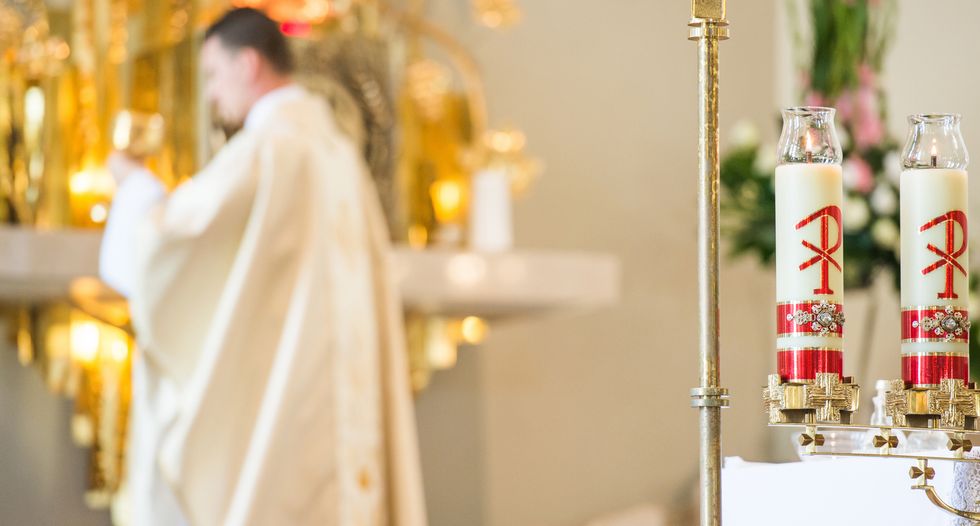 Police are investigating Father Andrea Contin, a parish priest in northern Italian city Padua, on suspicion of living off immoral earnings. He is also accused of pimping out several of his loves on wife-swapping websites.

According to the Independent, authorities seized a variety of sex toys and videos at the San Lazaro church, purported to belong to Contin. He also concealed pornographic material in covers labelled with the names of popes.

Police investigated after three female parishioners complained to the local police. They first told the local bishop, but church authorities failed to notify the cops.

A volunteer who said she had an affair with Contin reportedly told a local Italian paper, “there were a lot of women hovering around him. I didn’t understand that at first, only later.”

Paolo Tonin, the mayor of a Croatian city where Contin frequents also told the paper, “they are also trying to protect him from the clamour of this story that has now gone national.”

No charges have been filed against Contin.