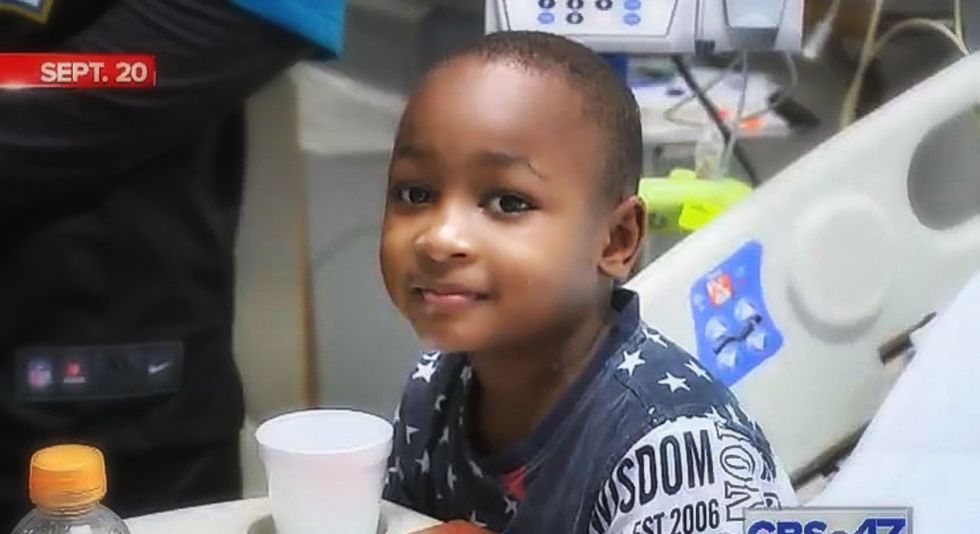 The family of a 6-year-old boy suffering from leukemia said that they found racist graffiti supporting President-elect Donald Trump on their home, which was destroyed by fire in Lake City, Florida on New Year's Eve.

Army veteran Joanne Perkins explained to WJAX the fire was started when her oldest son left the stove on while no one was home on New Year's Eve.

When she returned on Monday to try to salvage her belongings, she found a racial slur scrawled across the front of her home. A message reading "Trump 17" was painted on another wall.

To make matters worse, Perkins’ stepson Ivory has no place to come home to after his recent bone marrow transplant.

The Red Cross agreed to provide a hotel room for Perkins' family for a week. But she has no place to go after that.

The family has set up a YouCaring page to help with expenses.