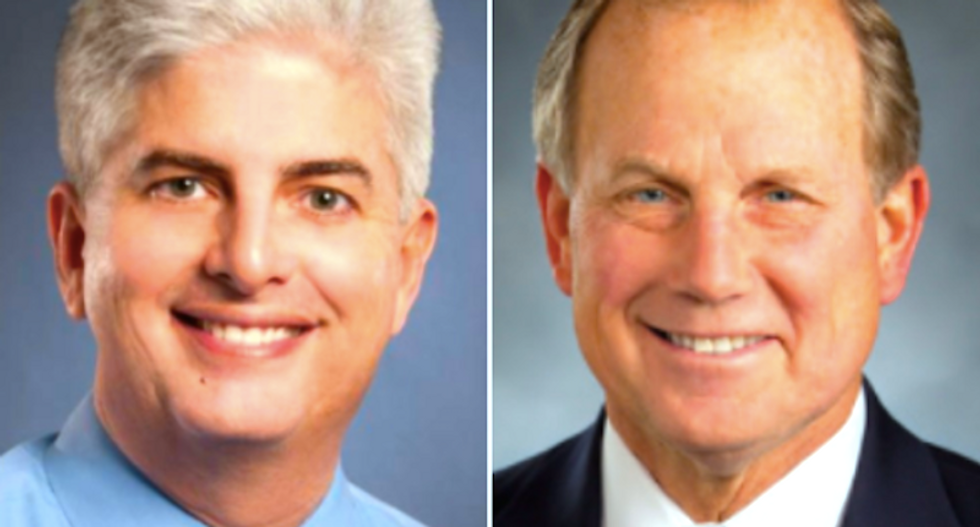 Two state legislatures are considering measures that would allow lawmakers to overrule decisions by Supreme Court majorities -- and one Florida Republican wants to change the U.S. Constitution to allow Congress to do the same.

In Florida, state Rep. Julio Gonzalez (R-Venice) has filed two bills that would allow the state legislature or the U.S. Congress “to override or nullify court decisions.”

House Joint Resolution 121 would allow lawmakers to undo any state court decision by a two-thirds vote for up to five years, and House Memorial 125 would permit Congress to propose a similar constitutional amendment to give themselves the power to nullify federal court decisions.

Gonzalez, an orthopedic surgeon, said the bills are necessary because judges are often unaccountable to voters and unable to decide cases without considering their practical or political impact.

“(The legislation) would curtail the tendency of activist judges to manipulate the law to suit their political views and agendas," Gonzalez said. "Equally as important, this would force the people to engage the Legislature in enacting rectifications to current laws that they see as objectionable or flawed, restoring the natural relationship between the people and their legislative bodies. This would also force the electorate to more carefully look at their candidates and their actions during times of re-election.”

Washington is considering a similar measure that would allow lawmakers to "reject the determination of the court" by a simple majority on cases where the state's Supreme Court rules an act unconstitutional.

State Rep. John Koster (R-Arlington Heights), one of the bill's co-sponsors, said he supports the measure because he believes the court overstepped its authority in deciding a lawsuit on education funding.

"It’s a worthy effort to tap (judges) on the shoulder and remind them of separation of powers," said Koster, who admits the bill might not pass.

Gonzalez identified rulings on public displays of religion -- including holiday celebrations and school prayer -- and laws against flag-burning as his justification for the bills.

“The argument that the Legislature’s newly acquired authority would encroach upon the judiciary’s power actually turns reality upon its head, as, presently, it is the judiciary that is improperly encroaching upon the people and their legislatures, and it is that encroachment that this amendment is designed to correct,” Gonzalez said.

Meanwhile in Alabama, two lawmakers -- one Democrat and one Republican -- have proposed legislation that would prohibit judges from imposing the death penalty when juries recommend life imprisonment.

Alabama is the only state that allows judges to override a jury's recommendation in death penalty cases after Delaware's Supreme Court struck down its state law in August as unconstitutional.

The Kansas Senate approved a bill last year that would have allowed Supreme Court justices to be impeached for discourteous conduct or “attempting to usurp” legislative power, but that measure died in a House committee.

New Jersey lawmakers have also considered measures in recent years that would have given them additional power over the judicial branch.