Restaurant owner boots customer for being black: 'Trump’s president now so I can say what I want' 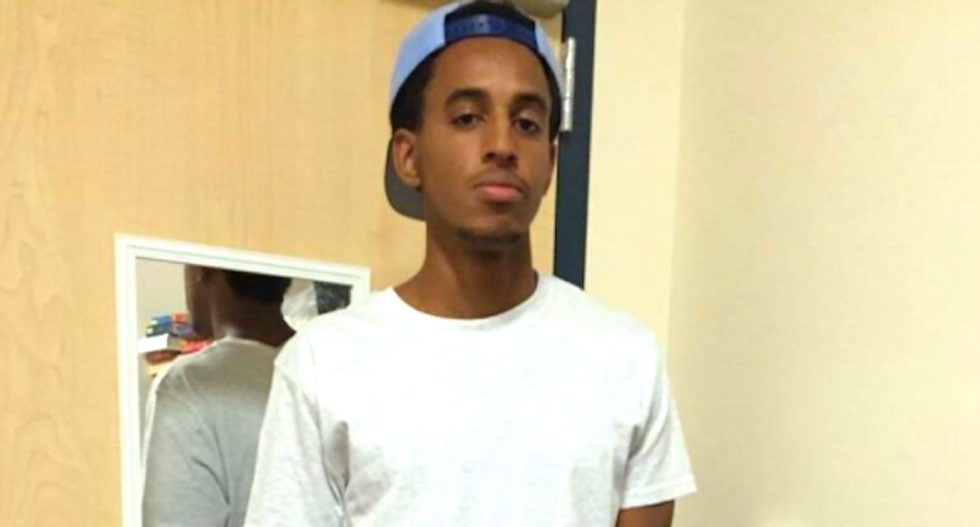 A Pennsylvania restaurant owner allegedly suggested Donald Trump's election had given him the right to kick out black customers -- and he reportedly used a racial slur to underline his point.

Rickey Lee Bugg Jr., a player on the Lebanon Valley College men's basketball team, was eating early Sunday morning at Just Wing It in Annville when the owner approached him and some friends, reported Penn Live.

Bugg said he and some friends were the only customers in the restaurant at 1:30 a.m., and he said they were sitting quietly and watching television.

The owner told Bugg to leave, the student said.

“I own three restaurants and I don’t need you n*****s’ money,” the owner said, according to Bugg.

Bugg asked a waitress for their money back, and she agreed -- but the owner confronted the students again as they were leaving.

The student admits he flipped some chairs in frustration at that point, and he told the owner, "That's not the way to treat people."

The owner, however, justified his behavior, Bugg said.

The students left to find some friends for support and returned to the restaurant to find the owner had called police on them.

Bugg said officers told him that the manager was "known for doing stuff like this."

Police are continuing to investigate the incident, and the owner has declined the newspaper's requests for comment.

A Dairy Queen was closed earlier this month after a franchise owner called a customer a racial slur.