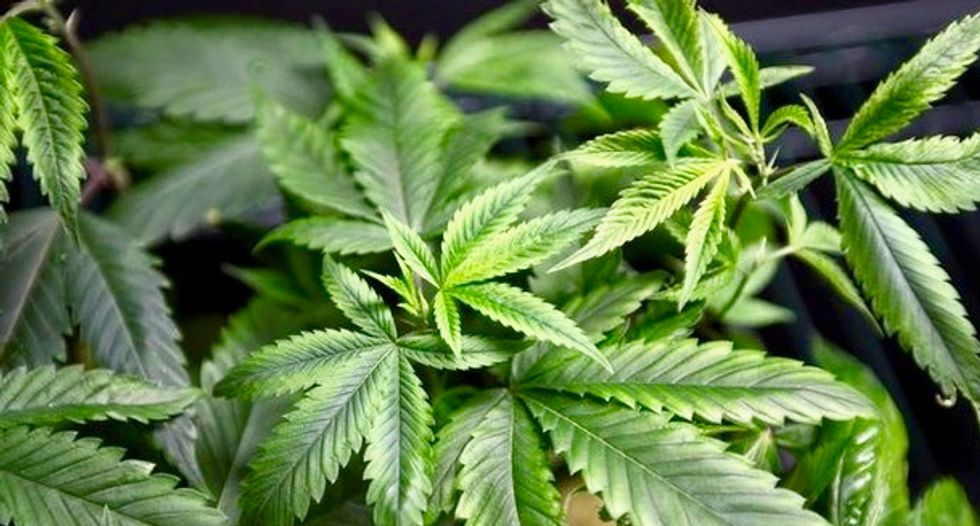 A pair of lawmakers want to make Rhode Island the ninth U.S. state to legalize recreational marijuana and the first to do so through the legislature rather than with a ballot initiative, they said on Tuesday.

State Senator Joshua Miller and state Representative Scott Slater, both Democrats, want to prevent Rhode Island residents from simply buying the drug in neighboring Massachusetts, which approved recreational use in a November ballot.

"Our constituents think it is time for lawmakers to pass this legislation, and we should listen to them," Miller said in a statement. "If we fail to pass the bill this year, we will lose significant ground to Massachusetts."

Democrats control both chambers of the state legislature and Governor Gina Raimondo, also a Democrat, has said she would be open to the idea of legalization.

The proposal, which has not yet been formally submitted in the legislature, would allow adults aged 21 and above to use the drug for recreational purposes and impose a 23 percent tax on the drug.

A similar effort in Vermont last year failed and earlier efforts to legalize the drug in Rhode Island also were unsuccessful.

Lawmakers in Massachusetts and Maine, the only other northeastern state to legalize the drug, have moved to delay the sale of the drug in their states.

Massachusetts lawmakers late last month delayed until July 2018 when legal recreational pot sellers can being doing business, and Maine legislators were preparing similar moves to delay the sale of the drug.

An October poll by Gallup showed that 60 percent of Americans now support the legalization of recreational use of marijuana. Even more approve of the idea of legalizing marijuana for medical use, a step that 28 states have taken.

The drug remains illegal under federal law, and U.S. President-elect Donald Trump, who takes office on Jan. 20, has sent mixed signals about his views on it.

(Reporting by Scott Malone in Boston; Editing by Lisa Shumaker)