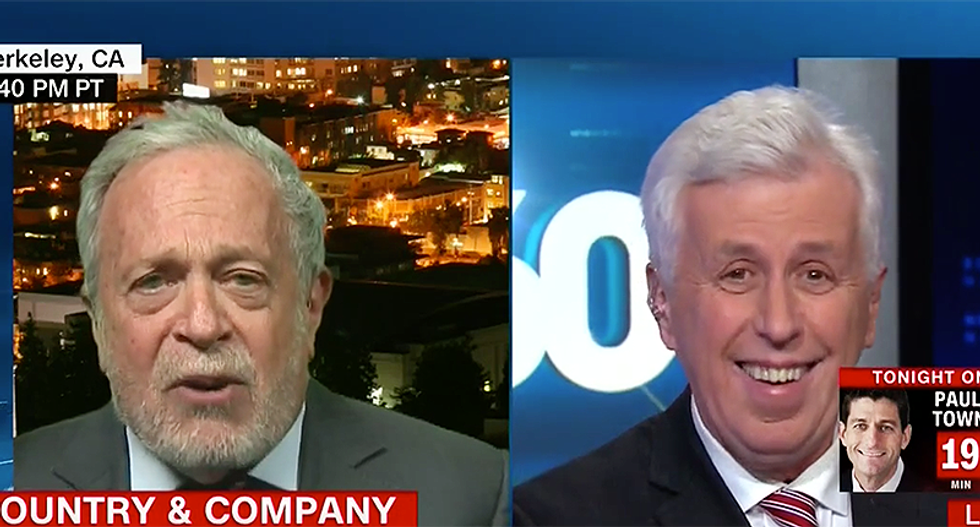 Robert Reich doesn't understand why Donald Trump isn't going out of his way to reassure Americans that there are no conflicts of interest in his businesses and political dealings.

In a Thursday appearance on "AC360," Reich said that lawyers all differ on what is required by the president to absolve himself of such interests. In the past, many presidents have stepped away from their businesses and there's no reason Trump can't in this case.

Reich cited Ben Carson's confirmation hearing for the Secretary of Housing and Urban Development, in which Carson admitted he couldn't assure anyone that he wouldn't use government money to help benefit Trump's finances.

Conservative Trump surrogate Jeffrey Lord countered that the American people have already given the president-elect their vote of confidence and don’t need any further explanations.

"This has been litigated," Lord said. "All these things were out there for the American public to see. They could have rejected Donald Trump. They did not. So, that's been decided by the American people. It's over."

"This is a crazy set of arguments," Reich said while Lord laughed at him. "Donald Trump came into government saying that he was going to drain the swamp. One of the reasons he was elected is so many are concerned about all this money in politics. All this money in Washington. That was the whole -- this anti-establishment fervor that said effectively we don't want the status quo, we don't want politics as usual, we don't want big money in politics, that was what he was elected for."

Lord maintained that Trump's declaration to "drain the swamp" had to do with Washington D.C. culture, lobbyists and the consultant class.

"A big part of the culture of Washington has been conflicts of interest that are skating the letter of the law," Reich explained. "Maybe they observe the letter of the law but not the spirit. There are ethical problems. Donald Trump is creating an ethically challenged administration before he even begins. One other thing, I was amazed at that press conference yesterday, he says, 'Oh, well, the public doesn't care.' How does he know that?"

'Because he's the president-elect of the United States, that's how," Lord proclaimed.

"Just because you're the president-elect, a lot of people held their noses and voted for Donald Trump," Reich explained. "It doesn't mean he has legitimacy, that he can say to -- and regard all of the institutions of democracy as his play things from now on. Being president doesn't give you a license to undermine the integrity of your government."

Lord dismissed it, claiming that this is just another liberal argument that they'll push out for the next several years.

"But the American people made their decision. It's over. Get on with it," Lord said.