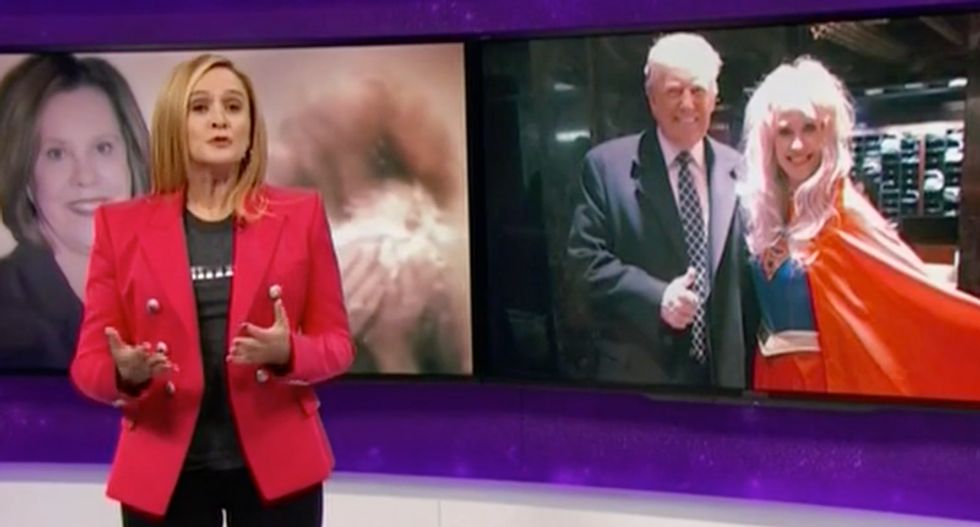 Full Frontal, said Bee, is all about celebrating "the achievements of fierce, brave, strong women. And tonight we want to celebrate one very special female woman."

Conway is, as Fox News tells us over and over "the only woman to run a winning U.S. presidential campaign." And she did turn his "upended Porta-potty of a campaign around" and did it while raising four kids and constantly being interrupted every three minutes by the mansplaining "alpha-bro jock straps Trump likes to surround himself with."

"She deserves credit," Bee said. "But not everyone is celebrating."

The fact is that Conway is a master spinner.

"She will say literally anything," Bee said, no matter whether it contradicts what she said yesterday or even an hour ago. She's also wildly adept at not answering questions.

Bee ran a clip of Conway being interviewed by ABC News with a running tally of every time she ducked a question or evaded a topic. At the end of the interview, George Stephanopoulos thanked Conway for coming and answering questions.

"What? She didn't answer your questions, you sentient pocket square!" Bee yelled at George Stephanopoulos.

Really, Bee wondered, "Why the hell is he the president instead of her? Kellyanne is the soulless machiavellian despot America deserves!"