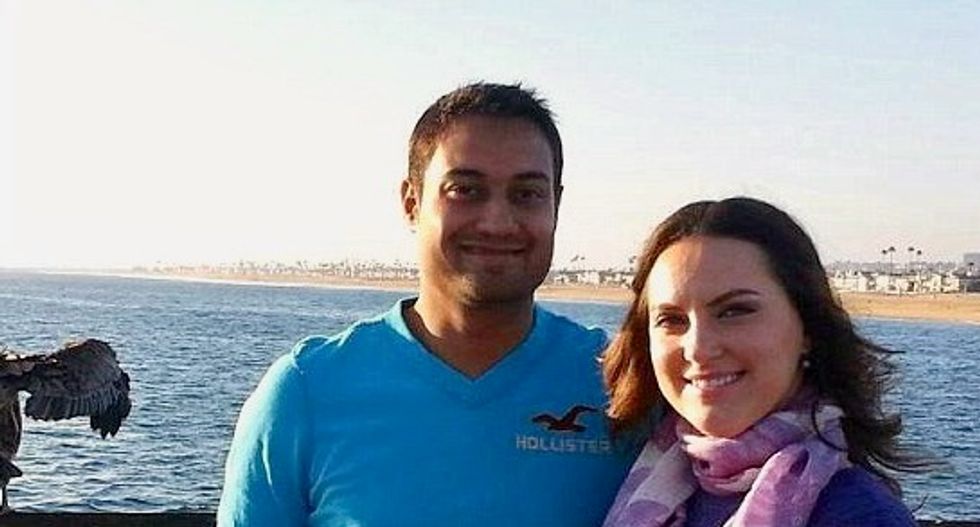 The brother of the man who with his wife killed 14 people in a shooting rampage at a government building in San Bernardino, California, pleaded guilty to immigration fraud on Tuesday in connection with his sister-in-law's marriage.

Syed Raheel Farook, 31, entered his guilty plea to a single count of conspiracy to commit immigration fraud during a hearing in U.S. District Court in Riverside. He faces up to five years in federal prison when he is sentenced in November.

Prosecutors have said that Farook lied on immigration documents so that his sister-in-law, Mariyah Chernykh, could engage in a sham marriage with Enrique Marquez, Jr.

Chernykh and Marquez are facing trial later this year on immigration fraud charges in connection with their marriage.

Marquez is also accused of supplying Farook's brother, Syed Rizwan Farook, with two assault rifles that were used in the San Bernardino massacre and with plotting with him in 2011 and 2012 to execute similar attacks that were never carried out.

Syed Rizwan Farook, the U.S.-born son of Pakistani immigrants, and Malik, a Pakistani native he married in Saudi Arabia in 2014, died in a shootout with police four hours after the massacre.

Authorities have said the couple were inspired by Islamic extremism. It was one of the deadliest attacks by militants in the United States since the Sept. 11, 2001, hijacked plane attacks.