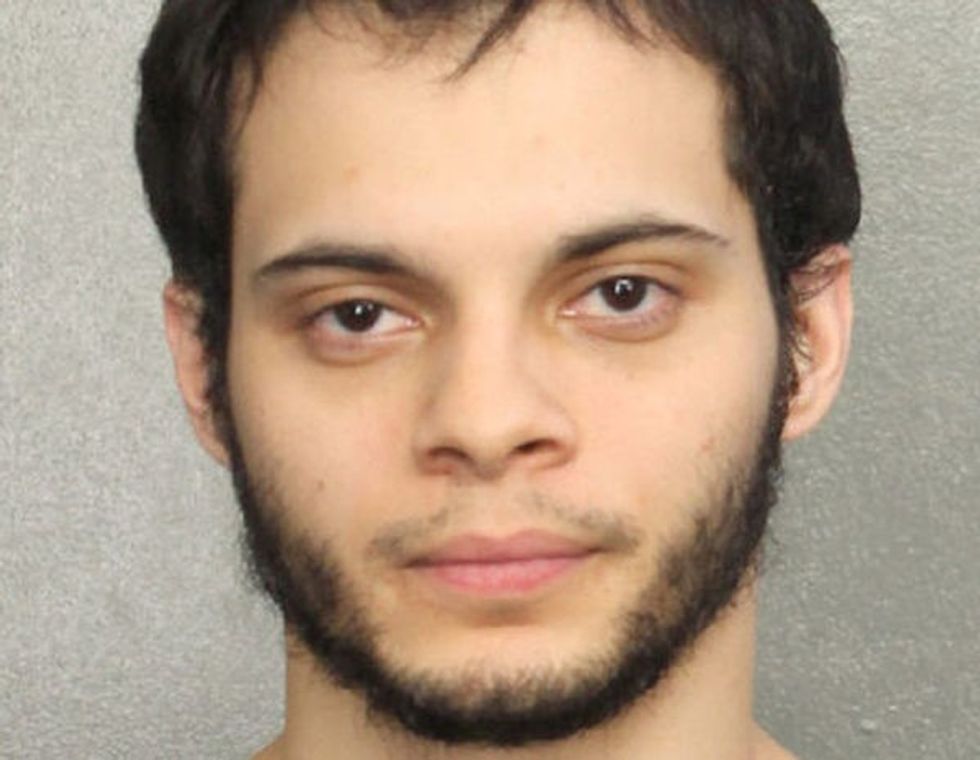 A 26-year-old Iraq war veteran pleaded not guilty on Monday to federal charges accusing him of opening fire in the baggage claim area of a Florida airport this month in an attack that killed five people.

Esteban Santiago, 26, wore shackles and a red jail jumpsuit at his arraignment hearing in federal court in Fort Lauderdale, near the airport where the Jan. 6 shooting occurred.

U.S. Magistrate Judge Barry Seltzer read aloud the 22 criminal counts Santiago faces, emphasizing the names of those killed. Santiago is charged with violence at an airport causing death and injury, as well as firearms crimes.

"Yes," said Santiago, acknowledging the charges, some of which are punishable by life imprisonment or death if he is convicted. The U.S. Attorney General will decide whether to seek a death sentence.

Prosecutors say Santiago planned the shooting, which also left six people wounded. They accuse him of aiming at victims' heads and bodies at the Fort Lauderdale-Hollywood International Airport until he ran out of ammunition. He was immediately taken into custody.

Santiago, who served in Iraq from 2010 to 2011, had a history of erratic behavior. Authorities have said they were investigating whether mental illness played a role in the attack.

Santiago traveled from Alaska to Florida on a one-way airline ticket with a handgun and ammunition in his checked luggage, a criminal complaint said. Upon arrival, he claimed his gun case and loaded the weapon in a men's bathroom, then opened fire on the first people he encountered after exiting, it noted.

Santiago told investigators he was inspired by Islamic State and had previously chatted online with Islamist extremists, according to FBI testimony presented in court.