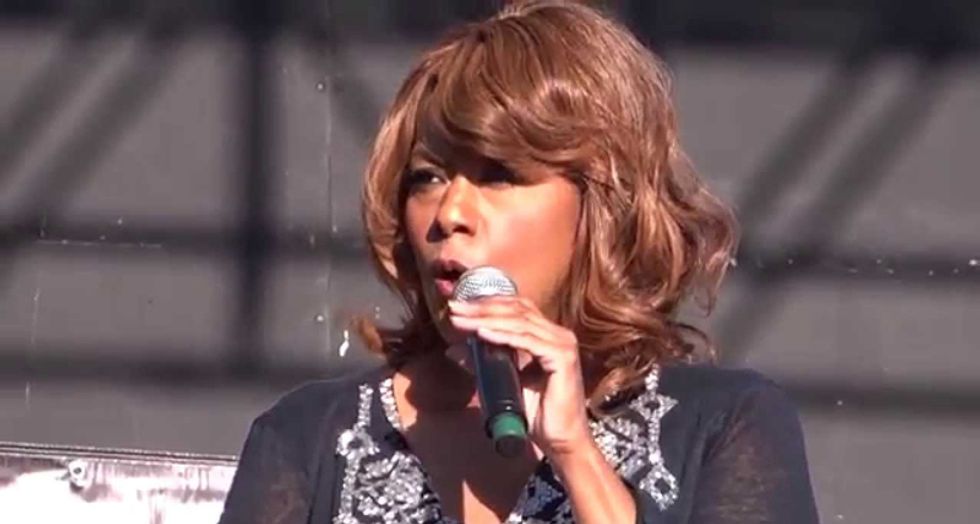 Singer Jennifer Holliday has pulled out of Donald Trump’s inauguration next Friday, describing her earlier agreement to appear as a “lapse of judgement.”

In a letter to The Wrap, Holiday said she heard from her fans, including those the LGBTQ community.

Holliday apologized, saying she was, “uneducated on the issues that affect every American at this crucial time in history and for causing such dismay and heartbreak to my fans.”

"I was asked to sing a song for what was presented to me as the 'Welcome Concert For The People'– in my mind I was reflecting on the past times of being asked to sing for presidents and I only focused on the phrase 'For The People'… I thought, For America!" she wrote. "I was honestly just thinking that I wanted my voice to be a healing and unifying force for hope through music to help our deeply polarized country… Regretfully, I did not take into consideration that my performing for the concert would actually instead be taken as a political act against my own personal beliefs and be mistaken for support of Donald Trump and Mike Pence."

“My only choice must now be to stand with the LGBT Community and to state unequivocally that I WILL NOT PERFORM FOR THE WELCOME CONCERT OR FOR ANY OF THE INAUGURATION FESTIVITIES!” she continued. "Please know that I HEAR YOU and I feel your pain. The LGBT Community was mostly responsible for birthing my career and I am deeply indebted to you… You have loved me faithfully and unconditionally and for so many years you provided me with work even though my star had long since faded.”

Holliday's withdrawal comes just days after she was announced as a performer along with rock band 3 Doors Down and singers Toby Keith and Lee Greenwood.

The singer is know for her signature song, "And I Am Telling You I'm Not Going," from the play Dreamgirls.