States push anti-science bills to 'belittle evolution' -- but could allow teaching of eugenics, too 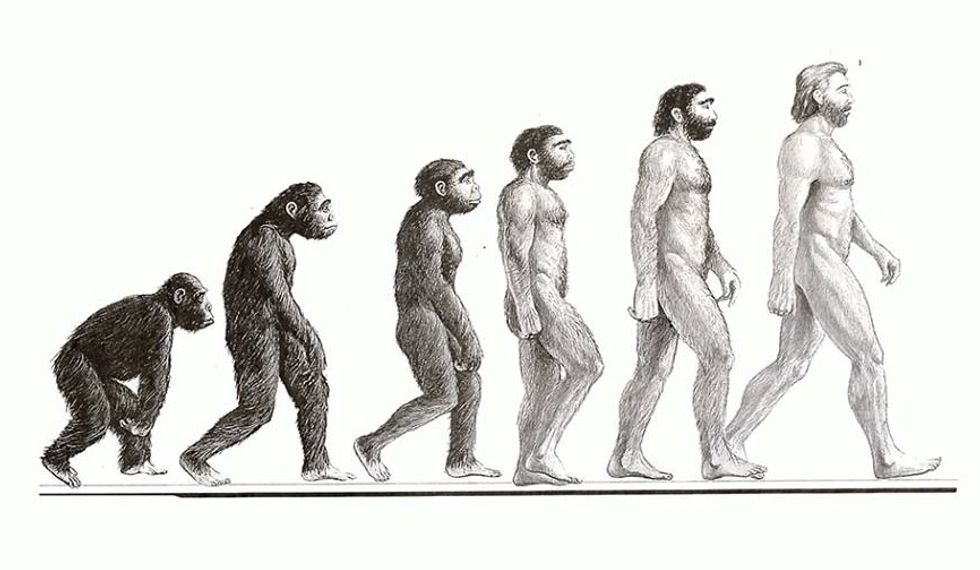 Senators in South Dakota approved a Senate Bill 55 on Wednesday barring schools from prohibiting teachers from questioning established scientific theories. It could be assigned to a South Dakota House committee next week.

“No teacher may be prohibited from helping students understand, analyze, critique, or review in an objective scientific manner the strengths and weaknesses of scientific information presented in courses being taught which are aligned with the content standards established pursuant to,” the 36-word bill reads.

South Dakota Sen. Jeff Monroe sponsored the bill following failed attempts in 2014 and 2015 to give teachers more leeway regarding controversial scientific lessons. In 2014, Monroe sponsored SB 112, which would have stopped school boards from prohibiting teachers from teaching creationism.

Though South Dakota's SB 55 doesn't specifically mention evolution, experts say the bill leaves the door open for teachers to teach whatever they want with regards to controversial topics.

"This is horrible, but let's say I believe in eugenics," Deb Wolf, a high school science instructional coach told the Argus Leader. "(SB 55) says that I couldn't be prohibited, I couldn't be stopped from teaching that as long as I did it in an objective scientific manner, and it doesn't specify what that means."

Similar bills are making their way through legislatures in Oklahoma and Indiana. According to the National Center for Science Education, Oklahoma’s SB 393 would require administrators to "assist teachers [in finding] effective ways to present the science curriculum as it addresses scientific controversies.” And Indiana's Senate Resolution 17 would urge the state department of education "to reinforce support of teachers who choose to teach a diverse curriculum."

“Where topics are taught that may generate controversy (such as biological evolution), that the curriculum should help students to understand the full range of scientific views that exist, why such topics can generate controversy, and how scientific discoveries can profoundly affect society,” Indiana's Senate Resolution 17 reads.

Glenn Branch, deputy director of the National Center for Science Education, told the Hill the language of these bills makes them “very hard to challenge on the basis that they’re unconstitutional, because they’re not requiring anyone to do anything.”

A straw poll at the semi-annual Mackinac Republican Leadership Conference in Michigan suggests that Donald Trump influence among Republican Party activists seems to be waning as the country moves on from his November election loss.

According to a report from MLIVE, attendees are already lining up behind alternatives to the former president for the 2024 presidential election and when asked if a Trump endorsement would sway their vote, a majority took a pass.

It's been more than four years since white supremacists led a torchlit march to the Rotunda at the University of Virginia, surrounding counter-protesters whom they kicked, punched and struck with torches, while local officials and visiting faith leaders huddled in fear in a nearby church on Aug 11. The following morning, they marched through the streets of Charlottesville chanting, "Jews will not replace us," charged through a group of clergy members, and fought pitched battles in the streets with antifascist counter-protesters. After Gov. Terry McAuliffe declared the rally an "unlawful gathering" they brutally beat a young, Black man named DeAndre Harris with sticks in a parking garage, and a man named James A. Fields Jr. accelerated his car into a crowd of marchers, killing Heather Heyer and injuring dozens of others. Unite the Right is widely acknowledged as the largest gathering of hate groups in decades.

Jerod Macdonald-Evoy, Arizona Mirror
The long-awaited results of the Arizona Senate's “audit" of the 2020 election in Maricopa County unequivocally concluded there was no evidence of fraud, but that didn't stop leading Arizona Republicans from claiming that the election review was the smoking gun needed to prove the claims they've been repeating since last November.
“Today is vindication day," Rep. Mark Finchem, R-Oro Valley, told a crowd of about 80 people who gathered on the Capitol lawn immediately after the “audit" was presented to the Senate Friday afternoon.

Finchem, who has been at the forefront of efforts to undermine the results of the election, said that the hearing “vindicated" him for a trip he made to Washington D.C. on Jan. 5 to deliver an “evidence book" to Arizona GOP Congressmen Paul Gosar and Andy Biggs.