'Stay down': Shep Smith tries to calm man trapped in airport shooting with wife and mother-in-law 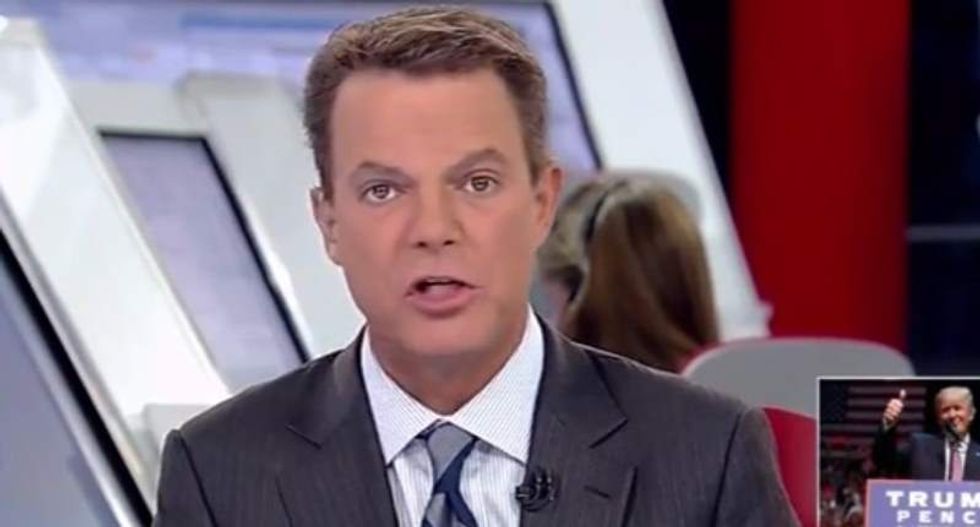 John Schlicher, who spoke with the host while (per the Fox News chyron)  “hiding on the floor inside the airport,” was describing the carnage he saw in the aftermath of the shooting.

“My wife took a sweater from my mother-in-law and applied pressure to the gentleman who was right next to us,” Schlicher said. “He’d been shot in the head. All of the people seemed to be shot in the head.”

“We checked the man next time him, no vital signs,” Sclicher added. “He was gone.”

As Schlicher was relaying his story to Smith on-air, authorities apparently instructed him and his family to get on the ground.

“There have been reports that there were shots fired in the garage and they’re locking us down again,” Schlicher said abruptly. “They just said that seconds ago! Oh my god, they’re saying get on the floor, they told everybody to get on the floor.”

“Michelle, get down!” he can be heard saying.

Ship told Schlicher he saw a lot of activity outside, asking, “John what are you seeing?”

“Nothing, we’re down,” he replied, voice quivering. “We’re down on the ground.”

“Well, stay down,” Smith said before offering, “it has been our experience in the aftermath of such things there are often scares, and we can hope for now that this is an inaccurate report.”

“John how are you and your wife?” Smith asked.

“We’re not good,” Schlicher admitted, noting his family thought the scene was secure. “People are scared to death," he said.

“Calm is the savior of the day,” Smith replied. “Calm and keeping your head. You have such remarkable composure, John, and that sort of thing is invaluable in a moment like this.”