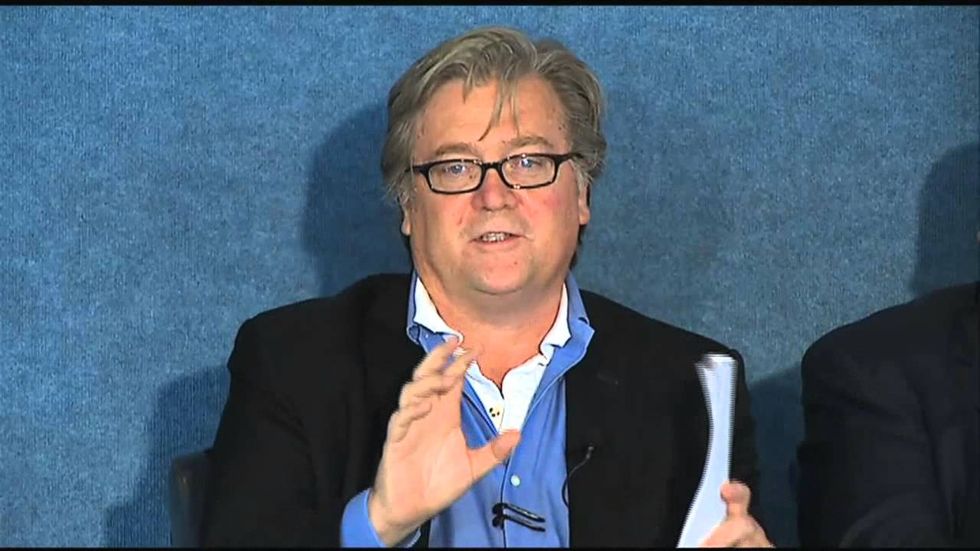 Steve Bannon, a senior adviser to President Donald Trump, personally overruled a decision by the Department of Homeland Security not to include green card holders in the president's temporary ban on travel from Muslim countries.

Protests erupted at airports across the country over the weekend after DHS agents began enforcing an executive order signed by Trump by detaining legal permanent residents who were returning from abroad. On Saturday, a federal judge stayed the detentions and ordered the green card holders to be released, but CNN reported that the mayhem could have been avoided if the White House had listened to the guidance of DHS lawyers in the first place.

Documents obtained by CNN showed that DHS initially determined that "lawful permanent residents are not included and may continue to travel to the USA."

But Bannon personally intervened to counter the guidance from DHS lawyers.

"The White House overruled that guidance overnight, according to officials familiar with the rollout," the CNN report said. "That order came from the President's inner circle, led by Stephen Miller and Steve Bannon. Their decision held that, on a case by case basis, DHS could allow green card holders to enter the US."

The decision led Mother Jones columnist Kevin Drum to conclude that the chaos caused by Trump's executive order had been part of the White House plan.

"Whatever else he is, Steve Bannon is a smart guy, and he had to know that this would produce turmoil at airports around the country and widespread condemnation from the press," Drum wrote. "In cases like this, the smart money is usually on incompetence, not malice. But this looks more like deliberate malice to me. Bannon wanted turmoil and condemnation. He wanted this executive order to get as much publicity as possible. He wanted the ACLU involved. He thinks this will be a PR win."