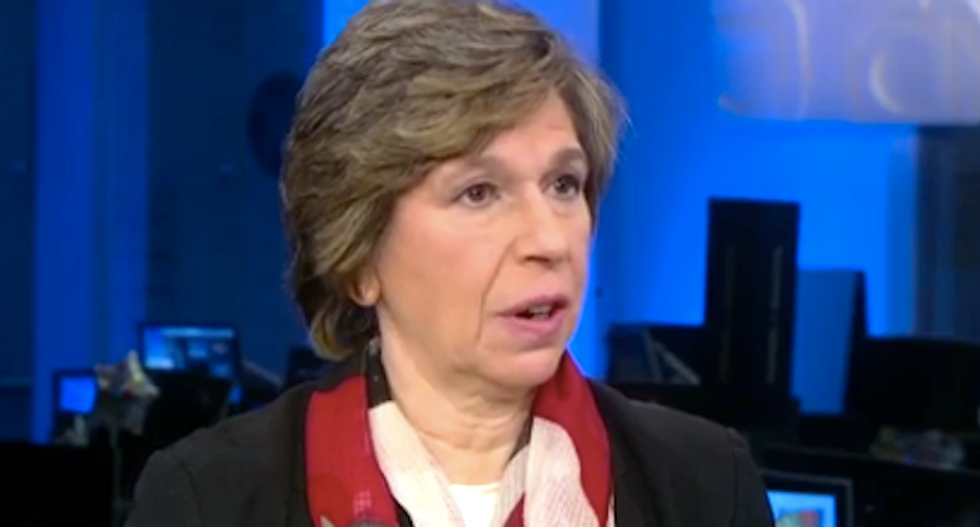 The president of American Federation of Teachers warned that Betsy DeVos had spent decades trying to destroy public education -- which she would oversee if the U.S. Senate confirms her as secretary of education.

Randi Weingarten, the AFT president, got a close-up look at what DeVos had done to Michigan's schools after 30 years of lobbying to defund public schools in favor of unregulated charter schools.

Michigan's charter programs are among the nation's least regulated, thanks in large part to DeVos' efforts, and Weingarten said the state has plummeted from the mid-20s to the 40s in national rankings for fourth-grade reading and math.

"I saw what she did firsthand, in terms of buying off the legislature and rewarding her friends and punishing her enemies," Weingarten said.

"She has been actively trying to defund and destabilize public education throughout the country," Weingarten said.

Costello asked if DeVos wasn't more popular in other states, such as Florida, than in her home state of Michigan, where her husband failed in his 2006 gubernatorial run.

"No, Jeb Bush loves Betsy DeVos there -- but listen to parents in Florida," Weingarten said.

The president of the American Federation of Teachers, @rweingarten, makes the case against Betsy DeVos. https://t.co/yhz5Qi14CI