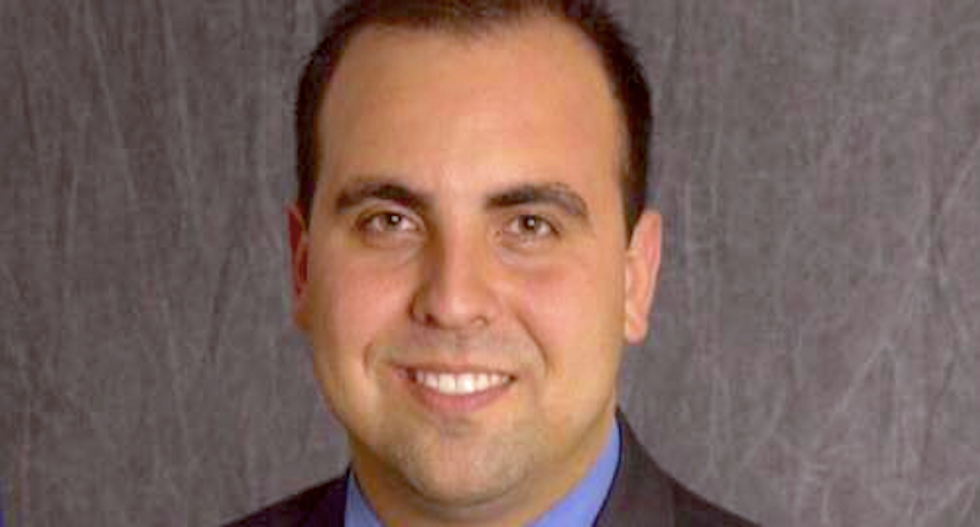 After being hit in the head with a bullet shortly after midnight on New Year's Eve, state Rep. Armando Martinez plans to file legislation aimed at reducing or preventing celebratory gun firings.

"If my legislation could help save a life, you know, then definitely that’s what we’re gonna be looking at doing,” the Weslaco Democrat said Monday in a phone interview from the Valley Baptist Medical Center shortly before he was released.

What exactly that legislation will look like is unclear, but it would possibly work to regulate or prevent celebratory gunfire, he said. The next legislative session starts on Jan. 10.

“Something dealing with celebratory gunfire, definitely,” Martinez said. “But I need to talk to our sheriff’s department and maybe our (district attorney) and see exactly what type of ideas they have as well, so that way we can get an idea of how we’re going to do it and propose it.”

Martinez, who said he is “doing great,” was hit in his head with a bullet just north of Weslaco early Sunday morning, while enjoying New Year's Eve festivities with his family and friends. Martinez described the shot as feeling like a sledgehammer “hit him over the head.” His wife observed a hole on the top of his head, and Martinez was taken to an emergency room in Weslaco. A bullet was found in his skull, and he was transferred to Valley Baptist Medical Center in Harlingen where he underwent surgery to have the bullet removed.

“A couple more millimeters and we wouldn’t be having a conversation today,” Martinez said.

The Monitor reported that the sheriff's office has launched a deadly conduct investigation, which Martinez said is still underway. A spokesperson with the Hidalgo County Sheriff's office could not be immediately reached for comment Monday.

Martinez said that there were a lot of people in the area celebrating the start of the new year by firing guns in the air before he was hit.

“I think that’s something that definitely needs to change.” Martinez said. “Growing up, we grew up around guns. You know, I have a (concealed handgun license). I’m a hunter. But everybody knows better than to get a gun and fire it up in the air because what goes up must come down.”

BY ELEANOR DEARMAN, THE TEXAS TRIBUNE