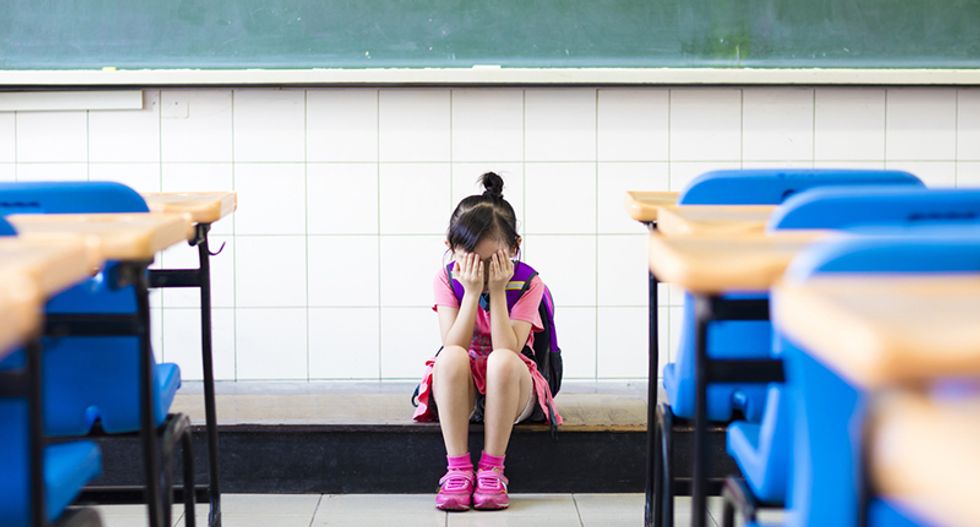 The parents of a 9-year-old legally blind girl are taking action after the public school system in Houston, Texas repeatedly refused to provide special ed services.

According to the Houston Chronicle, "Texas now gives special education services to a lower percentage of students than any other state." The paper reported that there had seen a "staggering drop" in the number of disabled children receiving special ed services since the state imposed an arbitrary target for services in 2004.

There are real-world consequences for students like 9-year-old Sophia Salehi, who is legally blind and cannot read anything that is more than three inches away from her face.

Salehi's parents told the Chronicle that Houston ISD had first refused special ed services to their daughter when she was 3 years old. Instead, her parents enrolled her in a private school, where "Sophia struggled and often hurt herself by running into things."

In 2016, Salehi's parents learned that they could re-apply for special ed services. Houston ISD officials tested Salehi by ordering her to "walk to the end of the hall, turn left and then knock on the third door on the left," the paper said.

Even though Salehi failed the test, official denied the parents' request for special ed services because she was attending a private school.

With the help of the Texas School for the Blind and Visually Impaired, the Salehis are now fighting Houston ISD. But Sophie has already gone six years without special ed services and it's too early to tell if she will ever get the help she needs.