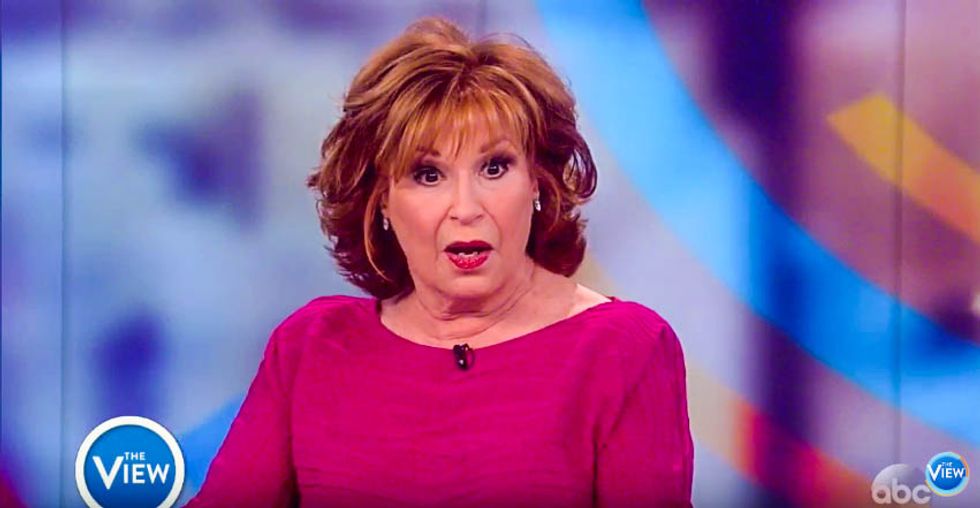 Donald Trump got into a Twitter feud with Meryl Streep on Monday morning, marking the third major celebrity fight he's involved himself with since being elected president.

The View's Joy Behar responded to Trump's attack on Streep by saying that as the future president, he simply cannot respond to every person who criticizes him. So far, Trump has picked public fights with not only Streep, but also Arnold Schwarzenegger and the cast of Hamilton.

"Of course, Donald Trump tweeted that [Streep] is an overrated actress," Behar said. "He's such a baby. Of course, she's no Scott Baio, I'll admit that. But that is his response... he is supposed to be the president of the free world. He's not there to go tit-for-tat over every little slight that goes through his thin skin."

Jedediah Bila, who is normally the program's most conservative voice, said that she was annoyed that Streep interjected politics into Sunday's Golden Globes show, but agreed with Behar that Trump can't keep taking the bait all the time from anyone who criticizes him.

"Donald Trump should be focused on how to fix that country, not on an awards show," she said.

Behar, however, took issue with the idea that celebrities like Streep shouldn't keep quiet when given a major platform at awards shows -- and she noted that it's hypocritical for Trump to expect otherwise.