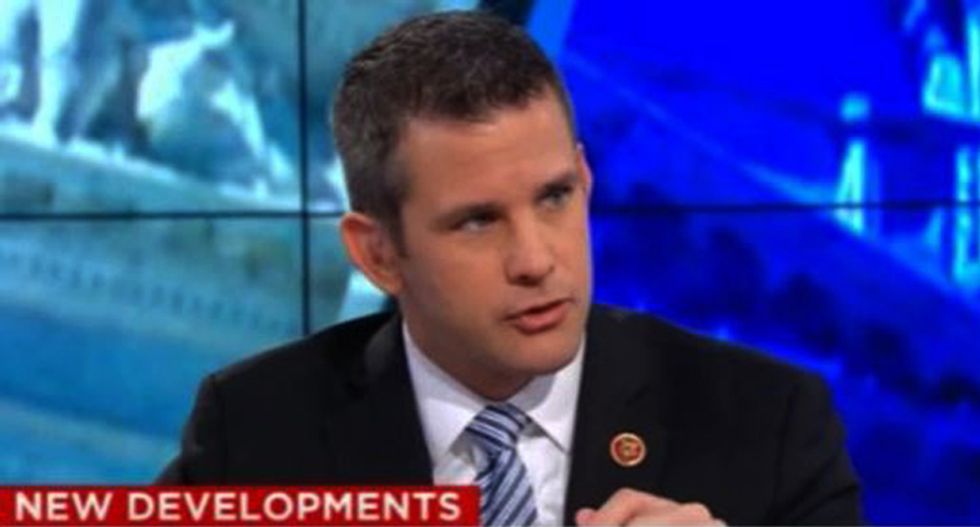 President Donald Trump on Friday publicly praised a "voter fraud" conspiracy theorist who claims he can prove Hillary Clinton received at least 3 million "illegal" votes -- but who also refuses to reveal his supposed "evidence" to the world.

One Republican lawmaker went onto CNN's New Day with Chris Cuomo to call Trump out for his praise of VoteStand founder Gregg Phillips -- and to say that Trump is hurting our democracy with his planned "voter fraud" investigation.

"This basically undermines the idea of an election, this undermines the Constitution," said Rep. Adam Kinzinger (R - IL), who frequently criticized Trump during the campaign and did not officially endorse him in 2016. "If you really believe that there were 3 million to 5 million illegal votes, please share that proof. Show us how."

Proof is crucial, Kinzinger noted, because you need to convince people who might be skeptical of your claims -- and not just those who already agree with you.

"Because when you just attack it and say, 'I'll show you proof eventually,' or you say, 'Hey, look, just trust me on this one,' you get some people who believe it because of confirmation bias," he explained. "But at the end of the day, you have to show proof of that. You have to show why you're undermining the Constitution of the United States... Show us the proof before you make the accusation."

Check out the whole interview below.