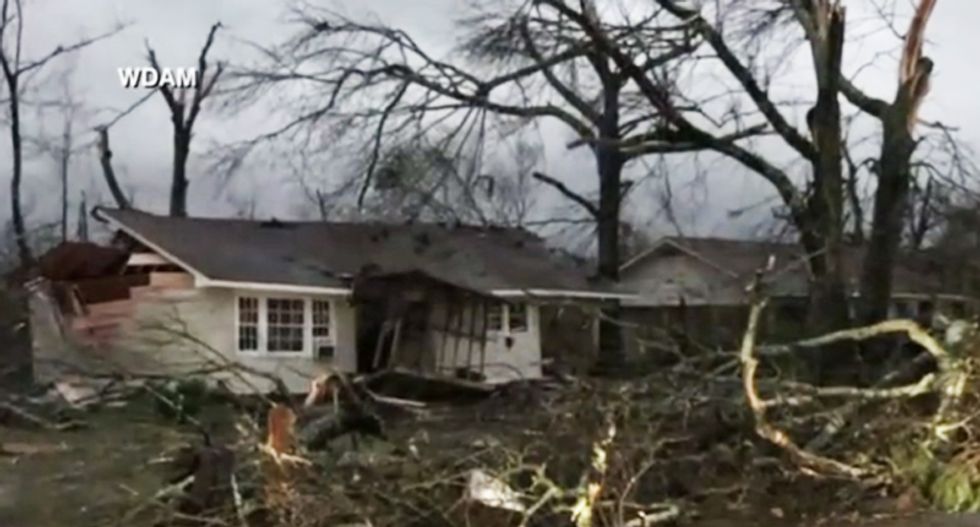 Lawmakers in Mississippi are anxiously awaiting federal assistance for the tornado-ravaged state despite assurances from President Donald Trump that he will "expedite the recovery process," reports WLOX.

Large swaths of Mississippi were destroyed due to severe storms, tornadoes and flooding during the period of January 20-21, 2017, leading to a reported four deaths and over 1,000 homes destroyed.

Congressional lawmakers from the state have made a written appeal to Gov. Phil Bryant (R) to ask for federal help, writing, "The state, local governments and volunteer organizations have been strained by their immediate response to these disasters as well as continuing recovery operations from previous disasters. We are committed to working together to help these affected communities and our state recover from the significant damage across the Southeast United States caused by this severe storm system."

While the Federal Emergency Management Agency provided initial help to the citizens of Mississippi, additional federal assistance is still needed.

Writing on Facebook, Gov. Bryant claimed he spoke with President Trump late Tuesday night -- three days after the state was slammed -- saying the newly-elected president promised to "expedite the recovery process and will sign the major disaster declaration as soon as possible."

There was no word when Trump would sign the declaration, with the president already busy signing executive orders rolling back policies left over from the Obama administration.