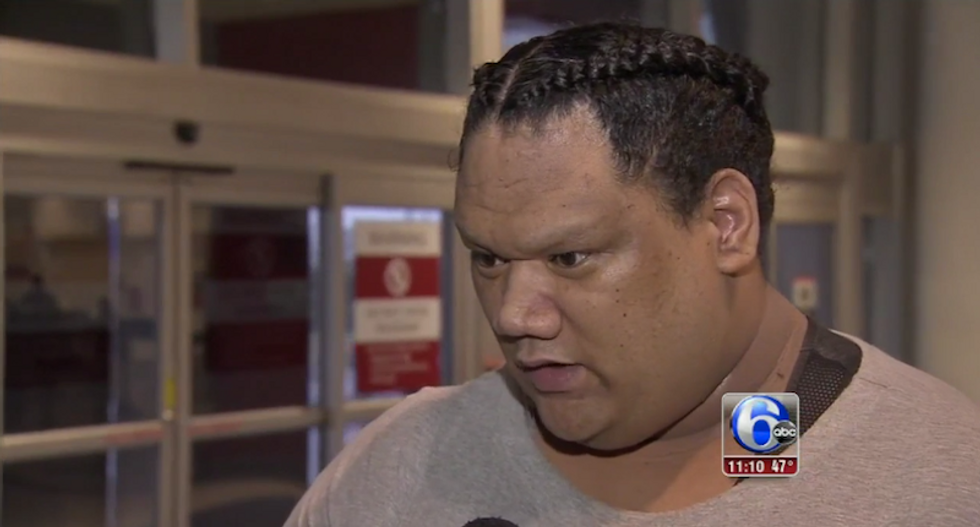 Ryannah Quigley opens up after she was assaulted (screenshot, ABC)

Quigley responded by streaming the attack on Facebook Live, recording as the man assaulted her by punching her in the face. Quigley explained that she was headed to the conference when she noticed a man staring at her.

"I said, 'Is there a reason why you're staring at me up and down?' And he stopped and turned and looked and he said, 'Whatever bro.' So that's when I said, 'Please don't call me bro,'" she recounted. "He just kept telling me, ‘You’re a f****t,’ and ‘You’re going to hell.’ Then he kept saying, ‘You’ll never be a real woman,'" she told NBC.

The man accused of attacking her is a 25-year-old homeless man who has since been arrested by Philadelphia police. She said she was relieved to hear that her attacker had been arrested. "Often times we are not believed," Quigley explained. "We are often looked at as the problem. Because as trans women people assume that, 'Oh, you must have been hitting on him.'"

"Transgender individuals, they are people," Quigley said. "They are living and they will continue to be here."

Watch below for a full report from NBC.