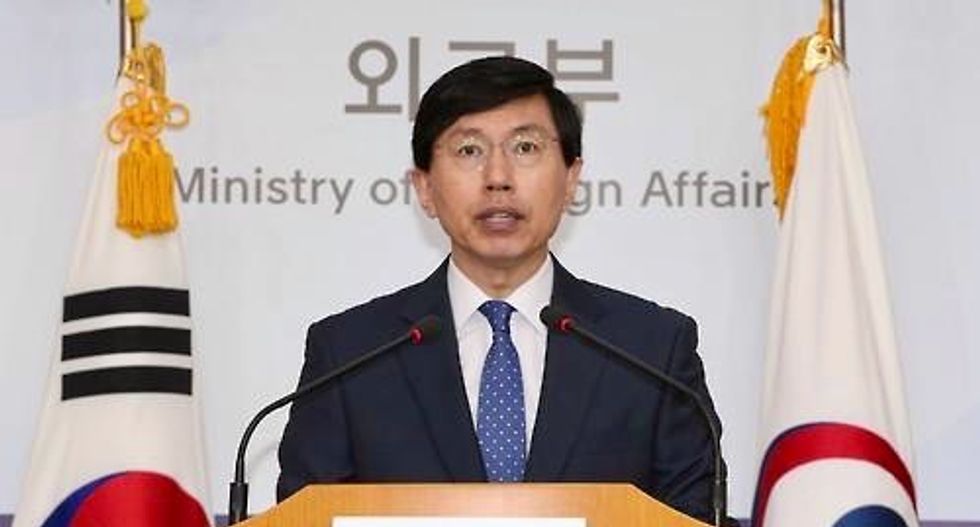 U.S. President-elect Donald Trump's "clear warning" to North Korea shows he is aware of the urgency of the threat posed by its nuclear program and will not waver from a policy of sanctions against the isolated country, South Korea said on Tuesday.

North Korean leader Kim Jong Un said on Sunday his nuclear-capable country was close to test-launching an intercontinental ballistic missile (ICBM), raising the prospect of putting parts of the United States in range.

Trump dismissed the claim, saying on Twitter: "It won't happen."

South Korea's foreign ministry said Trump's comment, his first mention of the North Korean nuclear issue since the U.S. election in November, could be interpreted as a "clear warning" to the North.

"Because of our active outreach, President-elect Trump and U.S. officials are clearly aware of the gravity and urgency of the North Korean nuclear threat," ministry spokesman Cho June-hyuck told a briefing.

"They are maintaining an unwavering stance on the need for sanctions on North Korea and for close cooperation between South Korea and the U.S.".

Trump has not outlined a policy on North Korea but during the U.S. election campaign indicated he would be willing to talk its leader, Kim, given the opportunity.

He has also been critical of China over the issue. On Monday, Trump said China had benefited from its economic ties with the United States but would not use its influence to help control North Korea.

Responding to the comment, Chinese Foreign Ministry spokesman Geng Shuang said China had been pushing for the denuclearization of the Korean peninsula.

"China's efforts in this regard are perfectly obvious," Geng told a news briefing. "As a permanent member of the UN Security Council we have proactively participated in relevant discussions on the North Korean nuclear issue and have jointly passed several resolutions with other parties.

The United States has for years dismissed North Korean calls for talks, insisting it must disarm first.

The U.N. Security Council imposed new sanctions on North Korea at the end of November after Pyongyang carried out its fifth and largest nuclear test so far in September.

A North Korean ICBM, once fully developed, could threaten the continental United States, which is about 9,000 km (5,500 miles) from the North.

North Korea worked last year on developing components for an ICBM, making the claim that it was close to a test-launch plausible, international weapons experts said on Monday.