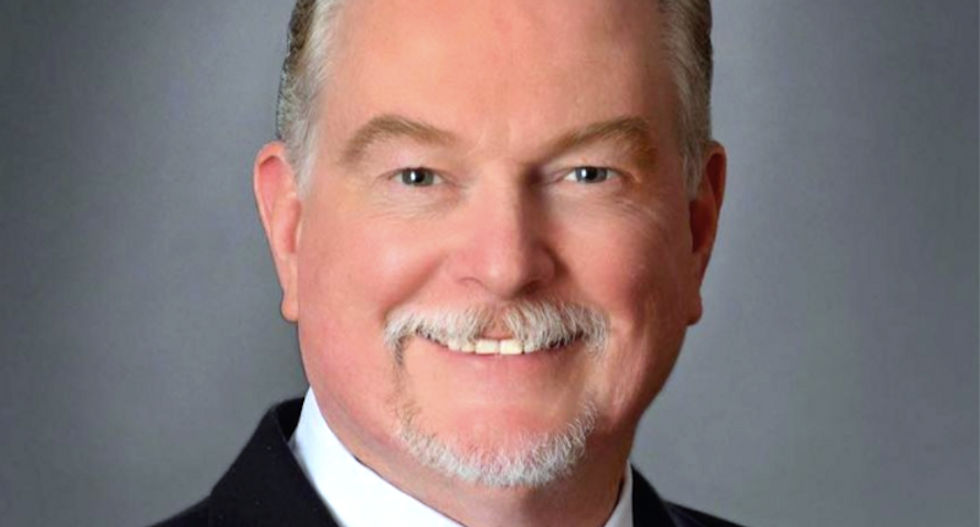 An Ohio township official refuses to apologize for calling a woman mentally ill during a contentious Facebook argument over the Women's March.

Bruce Jones, the fiscal officer for West Chester Township, shared a post by conservative blogger Matt Walsh about the march Saturday that challenged women to name a right men have but they don't -- besides the right "to kill their kids," reported the Cincinnati Enquirer.

One of the official's Facebook critics told Jones she faced inequality every day and complained that he had "mansplained" women's rights to her.

"YOU THINK YOU'RE GOING TO CENSOR ME BECAUSE I'M A MAN! YOU are ILL!" Jones responded. "Now be off - back to the asylum."

The township official, who's up for re-election in 2019, complained about liberals' "obsession" with equal rights.

"They're obsessed with equality above all else, as if they'd recognize it though it's all around them," Jones wrote. "Something happened to them and now they're jaded, broken people with varying degrees of mental illness, impairing their ability to be rational."

Jones then complained that "servicemen" had given their lives to ensure the woman's right to "Affirmative Action, free access to judicial recourse, child abortion on demand, and organize protests where you drag your (living) child around, dressed like a vagina, while carrying a sign, "F__k Trump."

The father of two daughters told the Enquirer his comments were a "non-story," and his only regret was deigning to explain his views to the residents he serves.

"They're never going to listen," Jones said. "It's like trying to argue with an idiot."

Nora Rubinoff, a West Chester Republican who posted a screen shot of the conversation on Twitter, said she was "pissed off" by the elected official's remarks.

"He doesn't have to agree with everyone," said Rubinoff, who considered herself a Republican until she heard Trump boast that had gotten away with grabbing women by the genitals. "But regardless of my politics, this kind of crap cannot happen."

Jones -- who told the newspaper that Trump's election was a victory for equality -- doesn't care what Rubinoff or anyone else thinks about his political viewpoints.