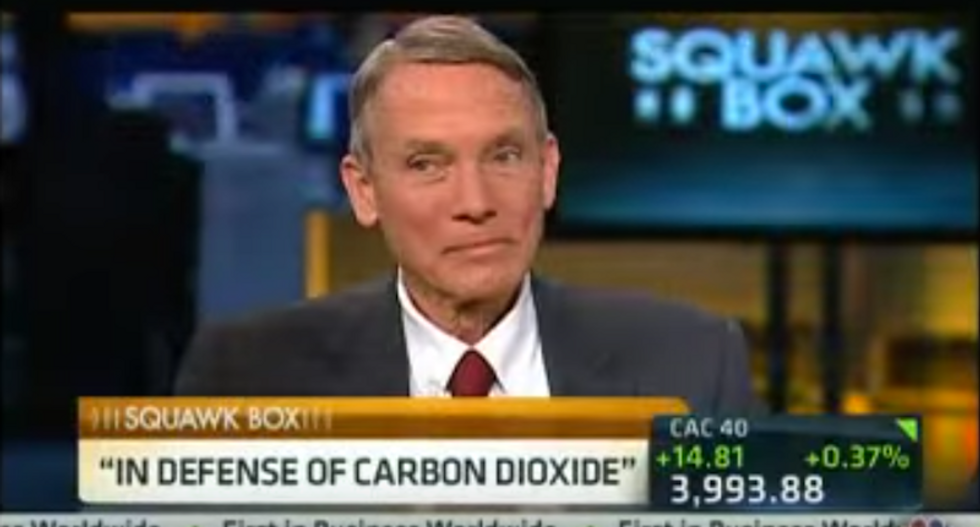 President-elect Donald Trump met on Friday with a climate-denying scientist who has compared efforts to stop global warming to the Holocaust, Gizmodo reported.

William Happer, who is a professor of physics at Princeton, has repeatedly made statements over the years that question the dangers posed by global warming.

Happer made similar comments to the Daily Princetonian in 2009, when he claimed climate science was like Nazi propaganda, Media Matters reported.

The physicist has also received funding from the fossil fuel industry to produce reports that aim to cast doubt on climate change. A 2015 undercover investigation lead by Greenpeace revealed Happer agreed to produce a report with a fee of $250 an hour that he wanted donated to the CO2 Coalition, a climate-skeptic organization, according to the Guardian.

Happer also acknowledged that the report would likely "not pass peer-review with a scientific journal." Likewise, in a 2015 testimony for the Senate Subcommittee on Space, Science, and Competitiveness, Happer argued, the "benefits that more [carbon dioxide] brings from increased agricultural yields and modest warming far outweigh any harm."

E&E News reported on Happer's visit to Trump Tower, speculating that he would be considered for a position in the Trump administration in energy or science.

"The meeting may be most noteworthy as an example of how Trump plans to get scientific advice—through meetings with people whose views are not necessarily part of the mainstream," the Washington Post noted.