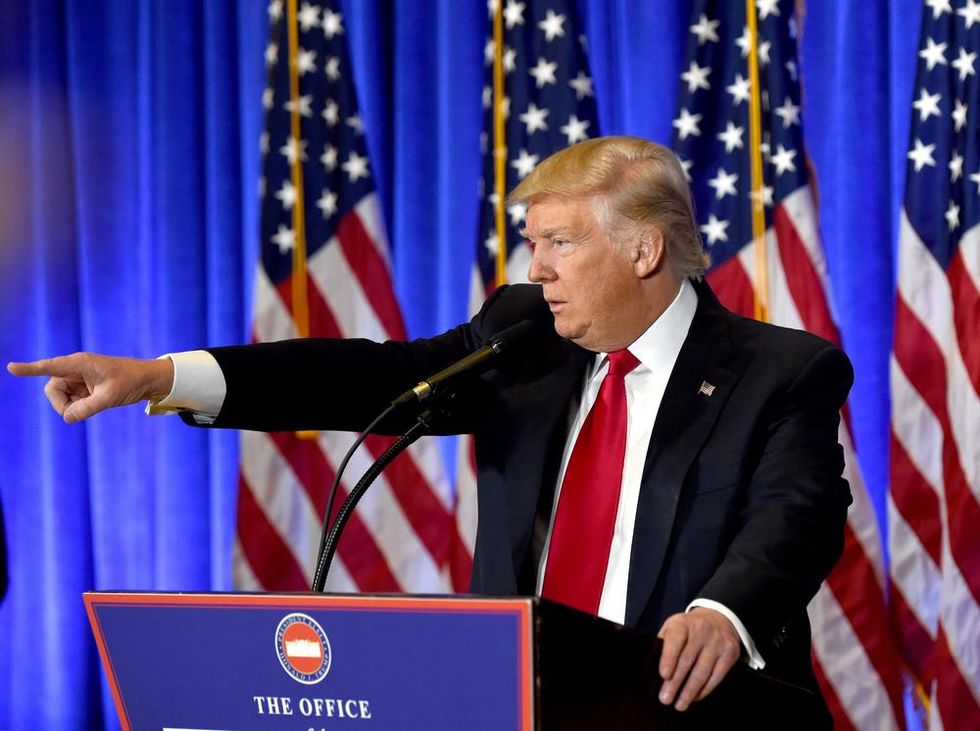 US President-elect Donald Trump speaks during a press conference January 11, 2017 at Trump Tower in New York. AFP / Timothy A. CLARY

President-elect Donald Trump has been having a hard time convincing people his inauguration on Friday, Jan. 20 is a worthy event to attend. Trump shared a video on his Facebook page just days before his swearing in to the highest office of the United States, with a key message, "See you on January 20th."

Now the president-elect turns to targeted advertising to make a last-minute plea to Americans that they should attend his inauguration. If you're seeing ads on your Facebook, it might be because you are within the range of people he is trying to reach. One demographic included "people ages 27 and older." That's what Marina Cockenberg of The Tonight Show learned.

Cockenberg tweeted a screenshot of the ad on Monday night. Trump's original post read, "Would you like an invite to the Inaugural Welcome Concert and Inaugural Swearing-In Ceremony?" Cockenberg shared the image with the caption, "imagine being so disliked that 4 days before your inauguration you start paying to send desperate FB ad invites to 'person, 27+.'"

Facebook targets users in various ways to ensure that specific ads are "useful and relevant" to an individual, which you can learn more about in its ad preference settings. Some of these details include age, location, gender, and education level.

That's not all. Facebook also tracks your activity on its site, such as the pages you like, as well as the brand of your device and your location, but also your online activity away from its website.

The social network tracking your online habits comes down to a question of privacy — one that the president-elect opted into for the purpose of advertising his inaugural celebration. But most consumers don't want to trade their privacy for targeted ads, the Pew Research Center found last year.

This is not the first time the Trump camp has used Facebook's targeted advertising to reach specific demographics. In October, a Bloomberg report revealed Trump's team had spent $70 million a month to create a support base through Facebook.

Using data supplied by the RNC and Cambridge Analytica, Trump's team executed a digital operation and created a database called Project Alamo, which it used to deliver "nonpublic posts whose viewership the campaign controls."

In this case, the campaign aimed to reach young women and African Americans in what has been described as a "voter suppression operation" — only it took place online.

Trump's election victory has many thinking about surveillance and cyber-security — intelligence powers that President Barrack Obama expanded before leaving office — and the need to take precaution in preparation for his administration.

The inauguration of President-elect Trump will be held on Friday, Jan. 20. He has boasted that the event will have an "unbelievable, perhaps record-setting turnout." At this time in Trump's transition, Gallup records his approval rating at just 44 percent.