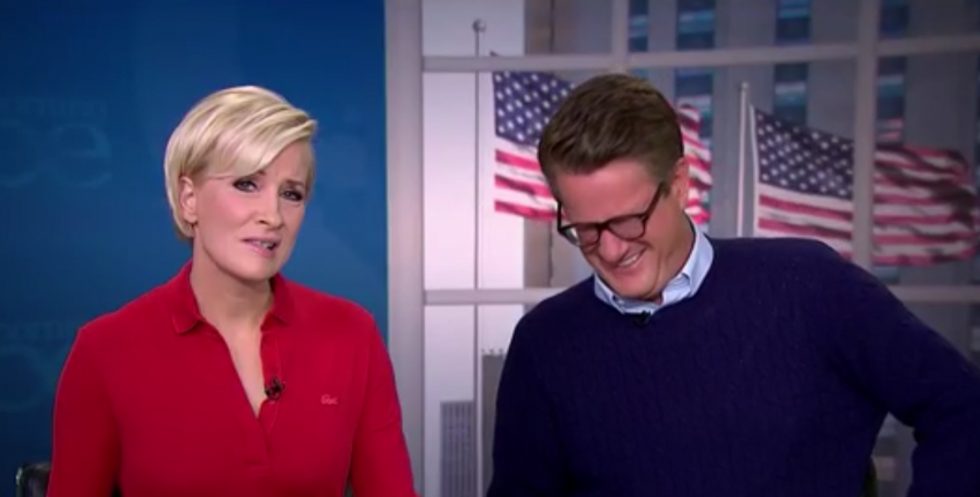 President Donald Trump watches a lot of cable news, and it seems his fixation with what's on TV is so strong that he'll interrupt important meetings to chat with top cable news hosts.

A Politico report on Trump's relationship with the media claims that Trump will regularly "take phone calls from MSNBC’s Joe Scarborough" despite being in the middle of "high-level meetings."

The Morning Joe host has emerged as one of Trump's key confidantes, as he was regularly seen entering Trump Tower during the president's transition, and he even went to Trump's New Year's Eve party at his Mar-a-Lago resort in West Palm Beach, Florida.

The Politico report also notes the contradictory nature of Trump's relationship with the media. Even though he has regularly attacked Scarborough's MSNBC program and the New York Times, for instance, he apparently craves approval from both.

"He has told political allies that the news media is his best foil because his supporters don't trust mainstream outlets," Politico writes. "Yet, he chats with network executives behind the scenes, trying to shape his coverage, and he obsesses over ratings."