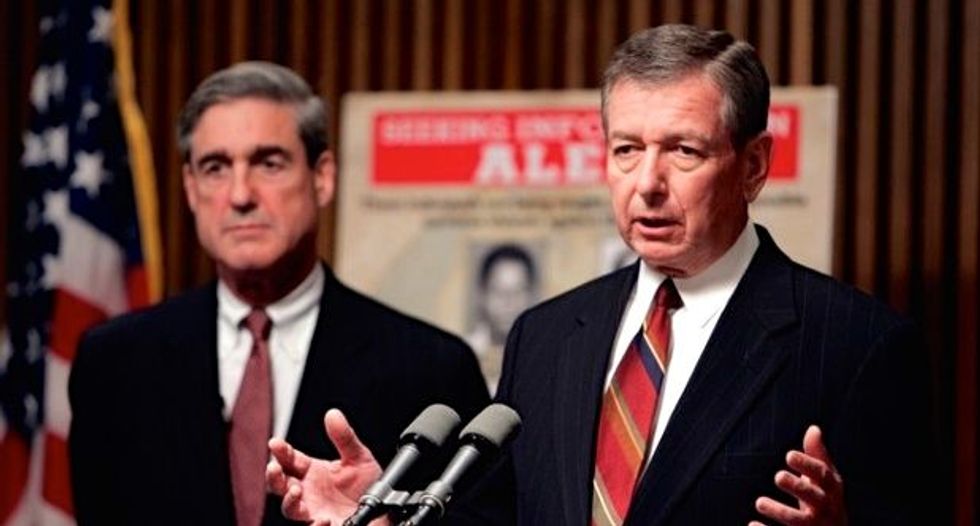 Conservative Supreme Court justices on Wednesday voiced skepticism about allowing legal claims to proceed against former U.S. Attorney General John Ashcroft and others made by non-U.S. citizens, mainly Muslims, swept up after the Sept. 11, 2001 attacks who said they were abused in detention.

During arguments in the case, conservative Chief Justice John Roberts expressed concern that permitting such lawsuits against senior U.S. officials would become "a way of challenging national policy" through litigation seeking monetary damages against the individuals who implemented the policy.

Roberts said that would be "an extraordinary departure" from Supreme Court precedent.

The civil rights lawsuit seeks to hold the former officials responsible for alleged abuse of immigrants after they were rounded up following the 2001 hijacked-airliner attacks by al Qaeda Islamic militants on the United States and held at a federal detention facility in New York.

It was filed by a group of Muslim, Arab and South Asian non-U.S. citizens who, their lawyers said, were held as terrorism suspects based on race, religion, ethnicity and immigration status and abused in detention before being deported.

A key legal question is whether the officials can be sued based on a 1971 Supreme Court ruling in a case involving federal drug enforcement agents that allowed such lawsuits in limited circumstances. The court has been reluctant to extend that ruling to other types of conduct.

"You are asking us to go further," Kennedy told the detainees' lawyer, Rachel Meeropol of the Center for Constitutional Rights legal activist group.

The plaintiffs were charged only with civil immigration violations. But they said they were subjected at Brooklyn's Metropolitan Detention Center to 23-hours-a-day solitary confinement, strip searches, sleep deprivation, beatings and other abuses and denied the ability to practice their religion.

They said their rights under the U.S. Constitution to due process and equal protection under the law were violated.

The lawyer for the former officials argued they should be considered immune from such lawsuits.

Only six of the eight justices participated in the case, with two of the court's four liberals, Elena Kagan and Sonia Sotomayor, recused. All of the four conservative justices took part.

The two remaining liberals, Stephen Breyer and Ruth Bader Ginsburg, expressed some sympathy for the detainees.

"You know from day one that many of them have nothing to do with terrorists, and yet you allow that system that might have been justified in October (2001) to persist for months and months when these people are being held in the worst possible conditions of confinement," Ginsburg said.

Breyer said he was also concerned about the length of detention, with some held for up to eight months.

The court potentially could decide to allow claims to move forward against lower-level officials in charge of the detention facility where the detainees were held, but not against senior Bush administration officials.

The New York-based 2nd U.S. Circuit Court of Appeals ruled in 2015 that Ashcroft, Mueller and Ziglar could be sued, based on the 1971 Supreme Court ruling. In 2013, a judge had dismissed the claims against them but allowed some against detention facility officials, including the warden, Dennis Hasty. All the defendants sought Supreme Court review.

Two of the individuals who found classified documents in former President Donald Trump's storage unit in Florida have now officially testified before a federal grand jury in Washington, D.C., according to CNN.

The federal grand jury is reviewing Trump's possession and possible distribution of national security records at the Florida Mar-a-Lago property, according to unnamed investigation sources. According to the same sources, both interviews took about three hours to complete and were held at separate times.

A federal appeals court issued a secret hold that temporarily blocks the Justice Department from searching the phone of Rep. Scott Perry (R-PA), the chair of the far-right Freedom Caucus and a key figure who helped former President Donald Trump try to overturn the 2020 presidential election, reported POLITICO on Monday.

"In a sealed order issued earlier this month, the three-judge panel temporarily blocked a lower-court ruling that granted prosecutors access to Perry’s communications. The Dec. 28 ruling by U.S. District Court Judge Beryl Howell was the product of a secret, monthslong legal battle by prosecutors who have been fighting the Pennsylvania Republican’s attorneys on the matter since August," reported Kyle Cheney and Josh Gerstein.

Here's what happens to your body when you give up caffeine

When I was in college, caffeine was my best friend. Actually, the relationship was more intimate than that — you could say that caffeine was my lover. Just the smell of a strong pot of coffee would get me excited and stimulated. And it was there to help get me through tough times, like all-nighters I pulled cramming for exams.

But ultimately, I learned that I was in a relationship with an abusive partner. The more I indulged, the less I got out of it, and the extreme ups were followed by equally extreme downs. I soon found myself trapped in a relationship that was physically and mentally unhealthy.