WATCH: Circus ties down tiger so people can take photos on top of it 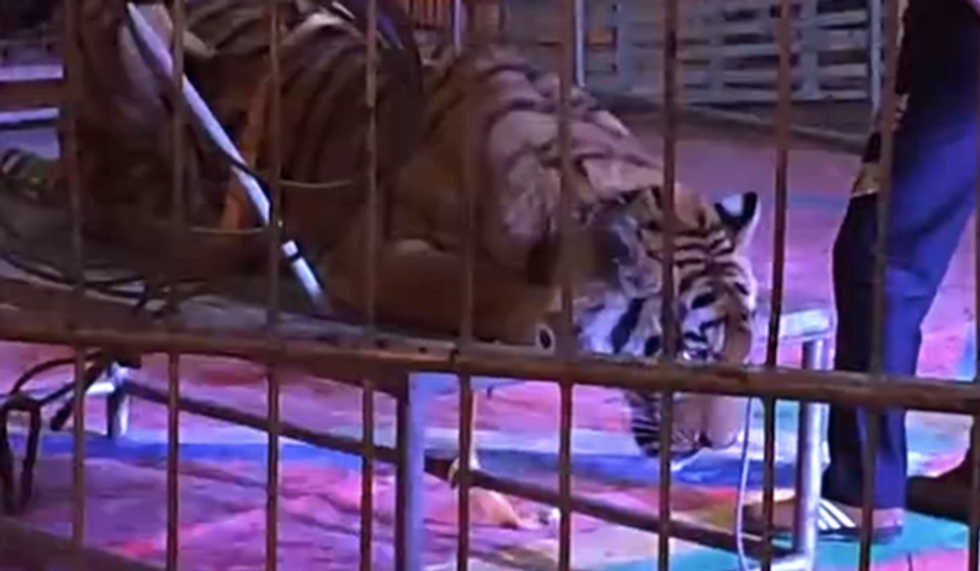 In a video that appears to reflect poorly on humanity, footage has surfaced on Chinese social media showing a circus tiger being restrained so people could take photos on top of it. Mashable reports that the footage shows people posing with the tiger, as the trainer says, "Isn't it cool to sit on a tiger?  It can keep you away from the devil and earn you promotions and wealth."

"Poor tiger. The human race is too cruel," said one user of the Chinese social site iQyi, according to Mashable.