WATCH: Dan Rather is stunned by Trump’s crazy transition: It’s unprecedented on steroids 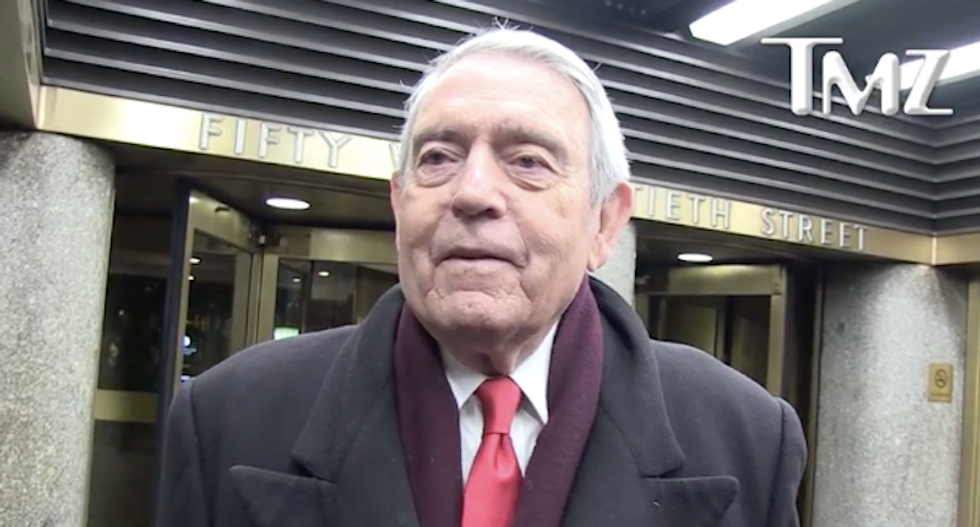 On Tuesday, Buzzfeed News released documents claiming Russian intelligence had compromising information about President-elect Donald Trump. Since then, the news organization has been criticized for publishing unconfirmed claims, which other news organizations declined to do. The information is said to have been compiled by a former British intelligence official for a private intelligence firm, reports the New York Times.

The gossip website TMZ caught veteran news reporter Dan Rather exiting 30 Rock and asked him for his thoughts on the somewhat unorthodox news cycle. The reporter referred to the allegations—emphasizing they are allegations and have not been confirmed—before noting that the presidential transition is like nothing he'd ever seen before.

"What a crazy week," Rather observes. "It's unprecedented on steroids," he says of the presidential transition.