Watch Joy Reid eviscerate Sean Spicer: 'How are we supposed to trust anything you say at all?' 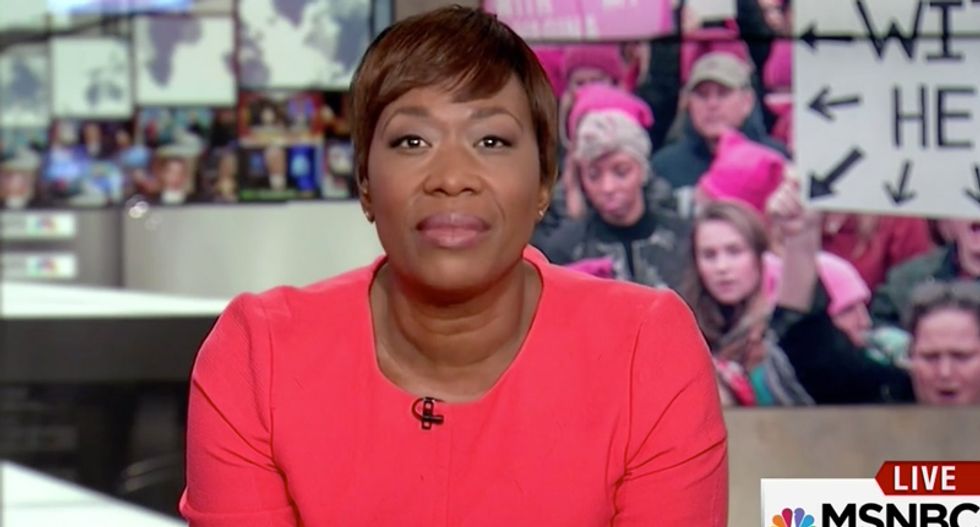 MSNBC host Joy Reid took Trump Press Secretary Sean Spicer to the woodshed Sunday morning, breaking down the blatant falsehoods he made during a controversial and much-criticized appearance before the media late Saturday.

While much of the criticism on Sunday turned to Donald Trump's senior counsel, Kellyanne Conway, for defending Spicer, the AM Joy host reminded viewers that it was Spicer who turned the new president's first complete day in office into a master class in creating needless controversy over trivial matters.

Using aerial photos from both Trump's Friday inauguration and ex-President Barack Obama's 2009 inauguration as well as official numbers from local government agencies on Metro ridership and television ratings, Reid went point-by-point over Spicer's claim it was the "most viewed inauguration ever.'"

"You don't even need to just trust your eyes, there's also this," Reid stated. "Numbers. According to the D.C. Metro as reported by the Washington Post, '570,557 took trips on the system throughout the entire day on Inauguration Day.' Okay? The system saw 1.1 million trips on the same day in 2009. The number of television viewers has also dropped, according to Nielsen from 2009, a 20 percent drop --  apples to apples."

"In other words, Mr. Spicer, not the 'largest number of people who viewed an inaugural, period,'" she lectured, mocking his use of "period" when he bullied reporters on Saturday. "Not even close. And if you would lie to our faces about something that is as ultimately trivial as how many people watched your boss' inaugural, how are we supposed to trust you when you walk out on that podium and give some grave and important statement about the nation's national security? How are we supposed to trust anything that you say at all?"