WATCH: Protesters cheer and sing as detainees are released at airports across US 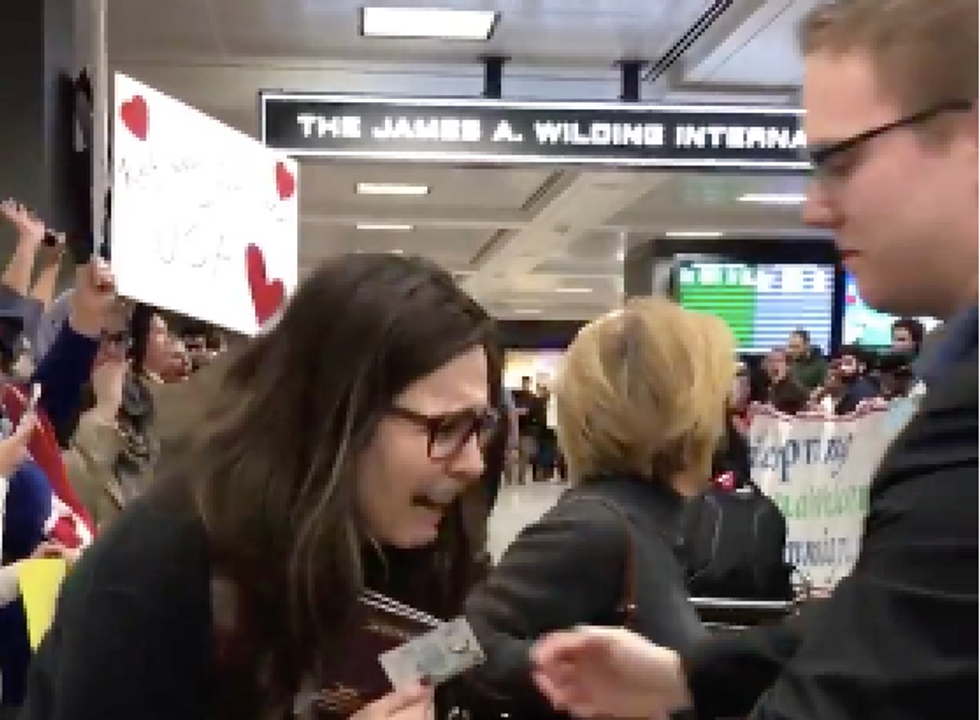 It has been a long, difficult day for many people trying to enter the U.S., some of whom were holding valid visas when their flights left the ground only to find themselves turned back at U.S. airports.

Donald Trump's vaguely-worded executive order banning nationals from Sudan, Syria and a number of other Muslim countries set off chaos in our nation's immigration system.

However, when Americans found out what was happening at our airports, massive protests assembled at airports around the country.

Now, after a federal judge issued an emergency stay to travelers trapped by Trump's immigration orders, many stranded travelers and weary refugees are being allowed to complete their journeys.

Here is a video roundup of some of the joyful scenes at airports across the country.

This video is from Dulles Airport:

The moment some of those detained emerged from detention here in Dulles https://t.co/7p22grGkGS
— Yeganeh Torbati (@Yeganeh Torbati)1485661143.0

This is great Dulles airport defies Trump and accepts refugees into the US #MuslimBan https://t.co/oVE5NBX4nu
— Karim Jovian (@Karim Jovian)1485660842.0