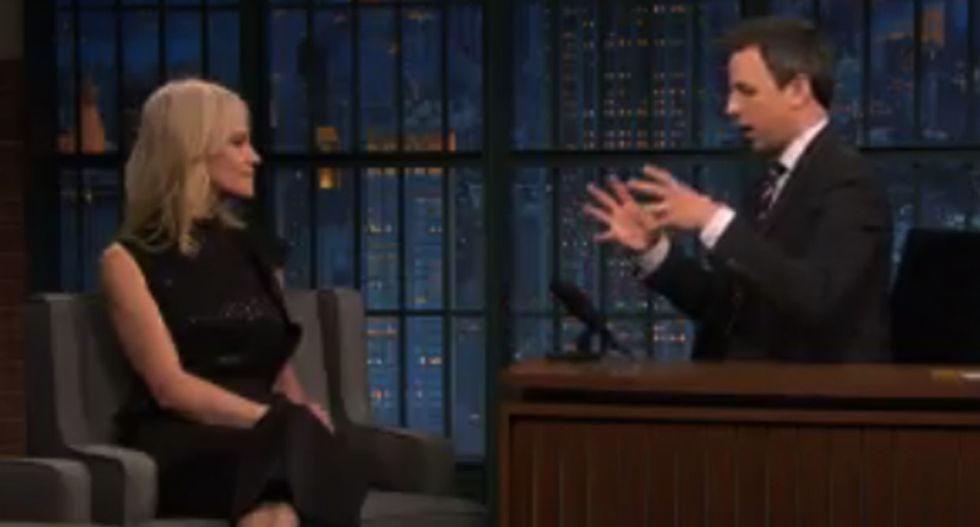 Due to the fortuitous timing of having already booked former Trump campaign manager Kellyanne Conway, Late Night host Seth Meyers got the chance to be the first to ask her about the bombshell report that alleges Russia planned to blackmail Trump.

Asked about the report, Conway immediately dismissed it by calling it "unsourced."

“Well, guess what hasn’t happened, Seth, nobody has sourced it,” Conway snapped back. “They’re all unnamed, unspoken sources in the story.”

When Conway attempted to say the report came from a Russian agent, only to have Meyers correct her and say it came from a former British intelligence agent.

She tried to discredit the report by saying it originated with a Russian investigator, but Meyers corrected her to say that it appears to have come from a former British intelligence officer.

“It also says that groups that wanted Hillary Clinton to win may have been involved in the investigations themselves,” Conway said, skipping past Meyers' point. “And, most importantly, it says the FBI is trying to confirm it. So, nothing has been confirmed.”

Conway then complained about U.S. intelligence officials leaking info to the public.

“We should be concerned that intelligence officials leak to the press and won’t go and tell the president-elect or the president of the United States himself now, Mr. Obama, what the information is,"she parried."They’d rather go tell the press.”

“But the report was about them going to the president,” Meyers shot back.

“I believe it said they did brief him on it," she conceded.