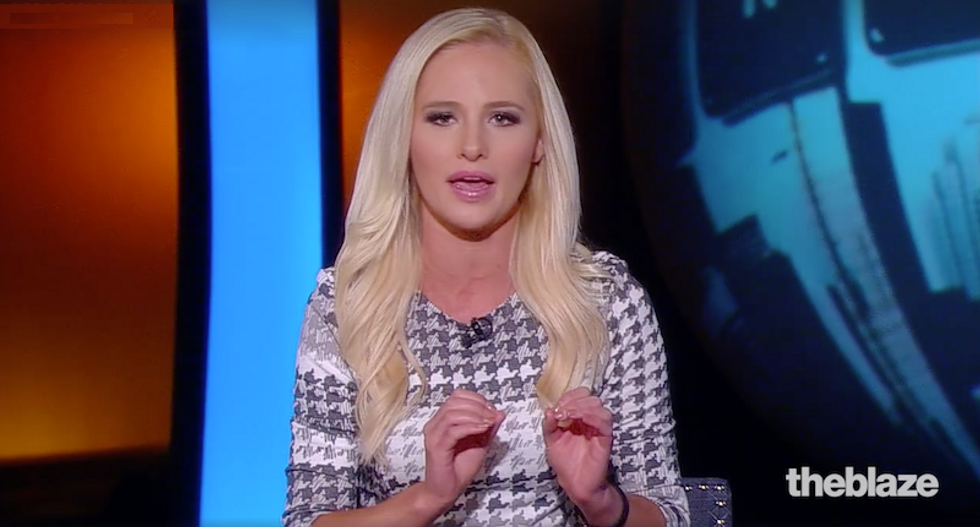 During her Final Thoughts on Monday night, Tomi Lahren nailed exactly why refugees have been fleeing their countries to the United States, even if that wasn't her intention.

"The USA under Barack Obama places feelings and Muslim sensitivity over its own damn citizens," Lahren continued, without acknowledging that one can be both a Muslim and a U.S. citizen.

But Lahren — attempting to make a point that the seven countries listed on President Donald Trump's Muslim ban were first identified by the Obama administration — ended up explaining why refugees seek safety in the U.S. It's because of the violence they are fleeing in their home countries.

"Countries torn apart by Jihadist violence or under the control of hostile Jihadist governments," she said. "If you think Iraq, Syria, Iran, Libya, Somalia, Sudan, and Yemen are great places to be, I suggest you pull your head out of the literal sand and accept reality."

Lahren did not mention, however, that the U.S. played a major role in the violence that tears these countries apart, as it has bombed each one.

You can watch Tomi's Final Thoughts below.