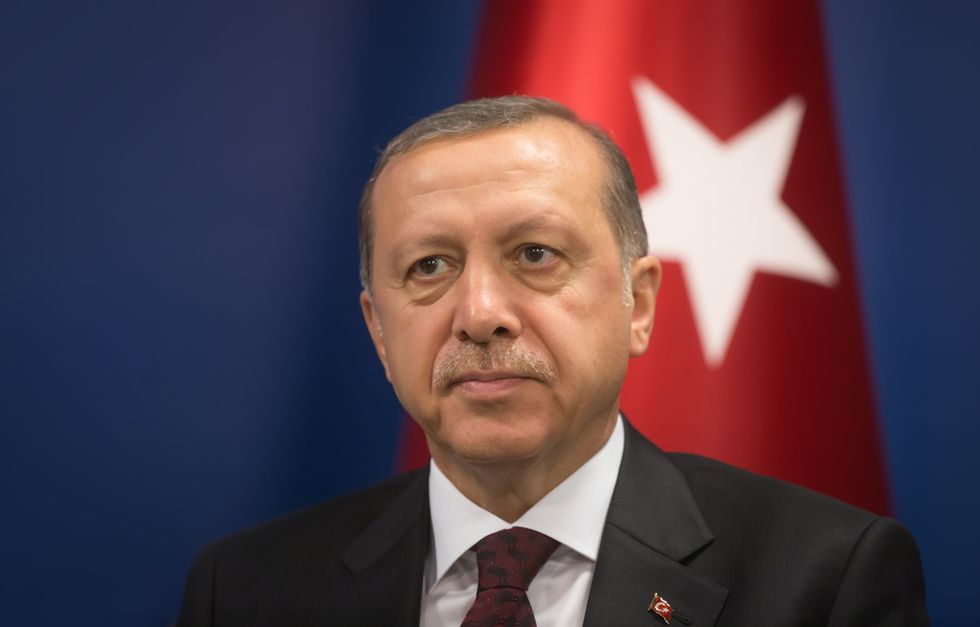 Per The Daily Sabah, Erdogan this week praised Trump's decision to refuse to answer a question from Acosta, on the grounds that he and his network allegedly produce "fake news."

Erdogan, who has severely curtailed press freedom in his own country, said that Trump's treatment of Acosta was similar to actions that he has taken in the past against media critics.

"During the Gezi protests and PKK terror campaigns, the unit and solidarity of the Turkish nation were attacked," Erdogan said of the international press while at a meeting at the Bestepe Presidential Complex in Ankara. "Those who carried out that game back then in Turkey have done Trump wrong!"

Because international media organizations such as CNN actively seek to undermine national unity, Erdogan said, Trump was right to shut down Acosta's question.

"Mr. Trump put the reporter of that media group in his place there," Erdogan said triumphantly. "