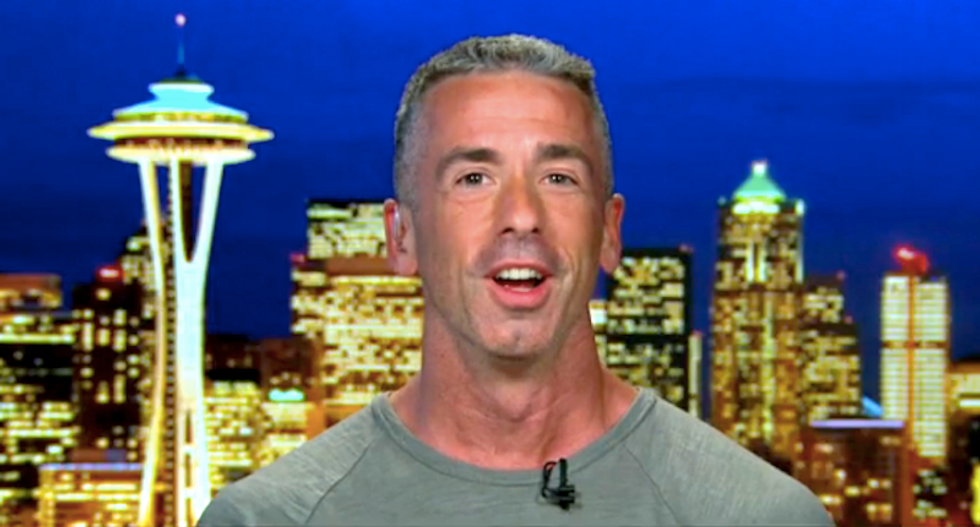 Columnist Dan Savage of "Savage Love" has announced a new campaign based on the anti-George W. Bush campaign "Dump The Mother F*cker Already" he had in the earlier 2000s.

According to a post from Savage, a radio listener urged him to reignite the campaign acronym and apply it to President Donald Trump.

"I didn't think I'd see a worse president than George W. Bush in my lifetime," Savage wrote. "But here we are. So I'm bringing back ITMFA buttons and adding T-shirts and, yes, red hats to the ITMFA collection."

He also added that the money raised will be donated to the American Civil Liberties Union, Planned Parenthood, and the International Refugee Assistance Project.

"We're in for a long and ugly four years, readers," he continued. "Let's raise some money for groups fighting Trump, let's bring ITMFA back into our everyday vocabulary, and let's remember that we—people who voted against Trump, people who want to see him out of office as quickly as possible, people who are appalled by this and this and this and this—are the majority."