Whoopi slams House GOP on ethics: 'It's hard to stand up when you're spending time on your knees' 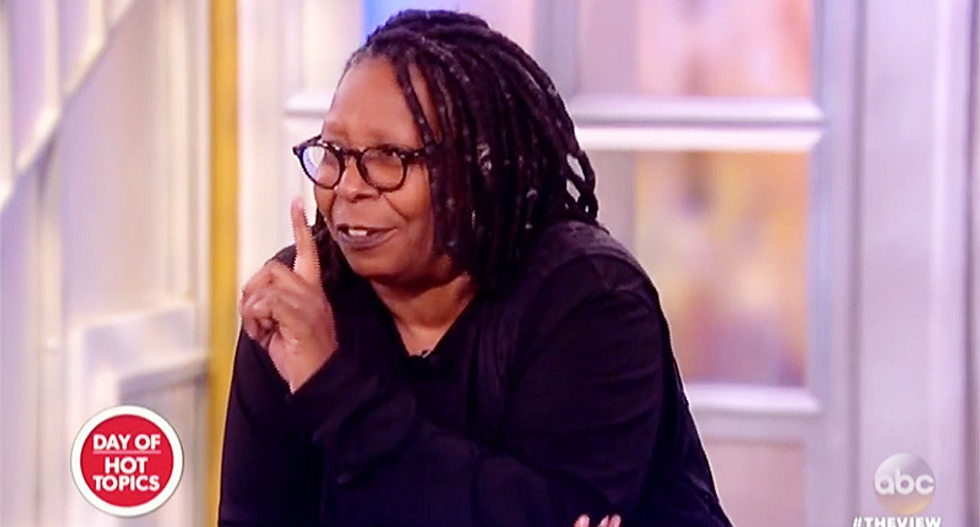 "I guess that swamp is stuck," Goldberg said, talking about President-elect Donald Trump's promise to "drain the swamp" of Washington corruption.

"First of all, Congressional ethics is an oxymoron," Behar said. "Particularly in this Congress. But it's sort of like on the slippery slope towards a dictatorship, you know. 'First, we're going to be very secretive about what we do. We're going to police ourselves. You're not going to know what bad things we're doing. We're going to keep it very quiet.' It's very scary."

Goldberg remarked that Trump has come out against this move by Congress.

"With all that Congress has to work on, do they really have to make the weakening of the Independent Ethics Watchdog, as unfair as it may be, their number one act and priority. Focus on tax reform, healthcare and so many other things of far greater importance!" Trump tweeted Tuesday morning.

"So, it's just about priorities, it's not that he cares about ethics of it," Behar said about Trump's comments.

Co-host Sunny Hoskins said that the women should give Trump credit.

"Because this Office of Congressional Ethics was created after all these things happened," Hoskins said. "You had a string of really serious ethical issues and now the Republicans are saying, 'We're going to get rid of that. We're just going to use the House Ethics Committee and we're just going to police ourselves. Which means we're going to get an A every time.' It's like, if you made me grade myself, I get an A every time."

Jedediah Bila noted that Republicans were the ones constantly calling for an "independent investigation" into Hillary Clinton's emails, yet now that it is their ethics complaints they don't want that.

Behar remarked that the Republicans simply don't care that it looks hypocritical.

"You know, Jedediah, when you're shameless there's nothing you can do about it. They are shameless," she said.

Hoskins said that she was disappointed to see House Speaker Paul Ryan cave on this issue. Ryan initially came out against this and then agreed to support it.

Bila said that the Republicans should be standing up to things like this.

"It's very hard to stand up when you're spending time on your knees," Goldberg said.