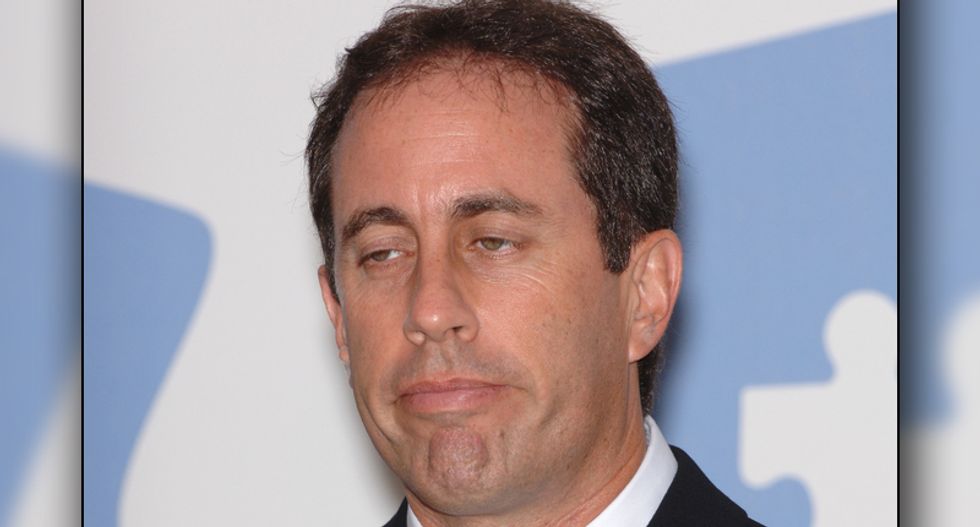 As part of his online series "Comedians in Cars Getting Coffee," Jerry Seinfeld tweeted out a promotion for the upcoming episode with Lewis Black. It didn't go well.

It's unclear if Seinfeld does his Twitter account himself or has handed it off to a staffer or marketing firm, but those who saw the tweet were not pleased with the joke. The tweet also included his sponsor Acura, which also received some of the backlash for the pun.

Here are a selection of the responses Seinfeld received.

@JerrySeinfeld @Acura Jerry may not have meant to be hurtful,but how would many react to a hotdog chain called:"Roasted Anne's Franks?"AWFUL
— Alan Jay Spector (@Alan Jay Spector) 1485442969.0

@JerrySeinfeld @Acura This is worse than the finale of "Seinfeld" which I still don't like.
— Benjamin Siemon (@Benjamin Siemon) 1485458661.0