Woman who called black Michael's employees 'animals' defends meltdown: I was 'targeted because of my race' 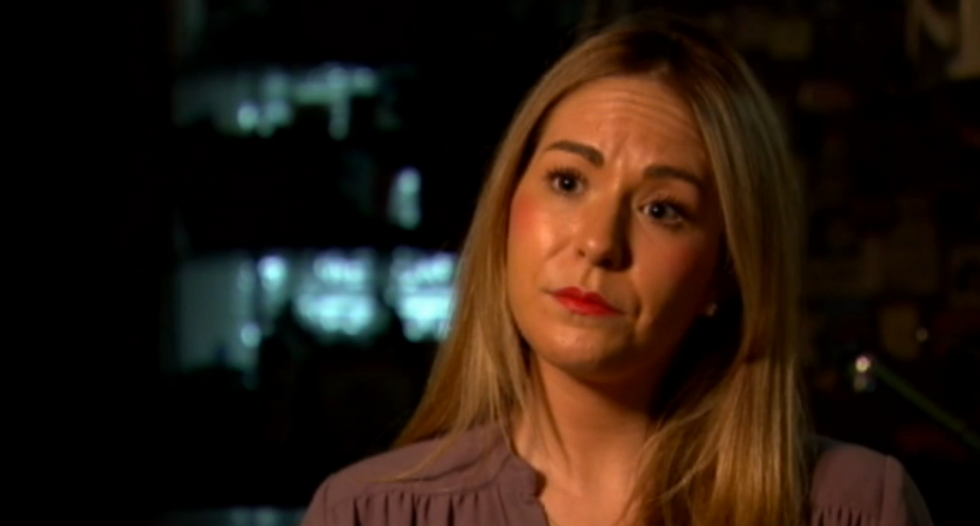 The Chicago woman who went on a racist tirade at an area Michael’s arts and craft store spoke out Tuesday against the “discrimination” she says prompted her to call the black employees “animals.”

Jennifer Boyle made national news in November after she lashed out at a cashier who charged her $1 for a reusable bag she wanted for free. She then launched into a verbal assault on several black employees, accusing them of discriminating against her because she voted for Donald Trump.

“And I voted for Trump, so there," Boyle said of the widely-shared footage of the incident. “What? You want to kick me out because of that? And look who won. Look who won.”

“My perception of what was happening after being told to leave was that I was being discriminated against not only based on not wanting to buy reusable bags … but also the fact that she brought up my political affiliation and who I voted for, who she assumed I voted for without knowing anything about me,” Boyle said Tuesday.

She said her reaction was due to “frustration of why am I being treated differently?”

“This wasn’t about race, this was not about political views, this was about very poor customer service and being told to leave without warning,” Boyle told NBC 5.

The woman also acknowledged a video that surfaced of her engaging in a similar manner with a Peet’s Coffee manager.

“Oh my God you’re a floor manager and you call people a b*tch, you’re a b*tch,” she shouted in a separate video. But Boyle insists she does not see a pattern in her behavior.

"I do not believe that I have an issue dealing with my anger," she said.

“targeted because of my race.”

“There’s not one bone in my body that’s racist or homophobic,” she added. “And that’s the bottom line.”

Witnesses to her Michael’s rant disagree with Boyle’s characterization of the incident, arguing the employees “did nothing to provoke this verbal attack and in fact treated all customers with professionalism and courtesy.”

A commentator on the Chicago blog Chicagoist similarly argued Boyle, whom the write claimed to know, is “batsh*t, racist, crazy.”

“She is just as nuts in person as this video depicts” Youth_Twitter wrote. “From a legal perspective, I am not sure what I am or am not allowed to say; but I will leave it at this. EVERYONE was happy when they found out she was no longer welcome back.”

But Boyle said she’s not sure why these situations keep happening. I’m not really sure why I got called a basic white bitch or told to leave Michaels because I voted for Trump,” she insisted.

Boyle noted she has not reached out—or even thought about reaching out—to the employees at Michael’s or Peet’s, but insisted she does “forgive them for what they said to me.”

She added the employees, moving forward, should “really be mindful of their customer service.”

Watch the videos below, via NBC 5: