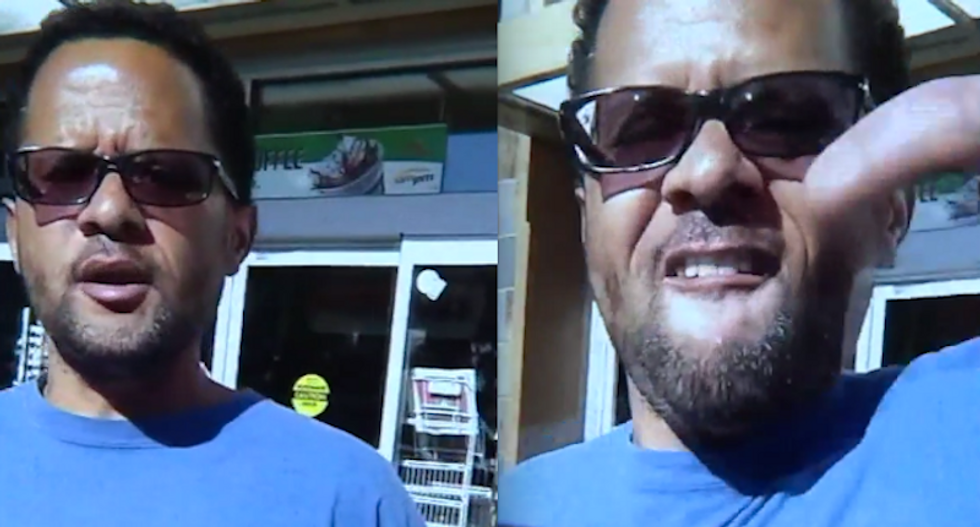 A female Lyft driver was attacked by a man on Friday morning after pulling into the Arco gas station in Santa Ana, California, ABC 11 News reports. The incident, which occurred around 11 a.m. local time was caught on camera as the man approached the Lyft driver over her crooked parking spot.

The victim, who was only named as Terri, said that the man approached her to complain about her parking. She said, "I accidentally parked a little crooked and I didn't realize it at the time that I was parked so crooked and this man came up to the front of my car, to the front hood and started yelling."

Terri was driving with a Lyft passenger at the time of the confrontation. Even after she apologized and moved her car, the man continued to verbally assault her. She started to film the altercation as her passenger went into the gas station to seek help.

"I turned around and saw that he was backing up and I thought that he may be backing up into my car because he was being so irrational," she recalled. In the video, the man can be seen approaching Terri and asking her "are you video-ing me?" before grabbing her device.

The man started saying things like, "You wanna take me?" Terri recalled that's when he started punching her in the face. "He knocked my front tooth out, I had just had surgery on my foot."

"I had never even seen this guy before," she said. "It was really scary.

Terri reported the incident to Santa Ana police. According to the report, detectives are investigating the attack and are looking into obtaining surveillance footage from the gas station as well.

Watch below for further reporting.