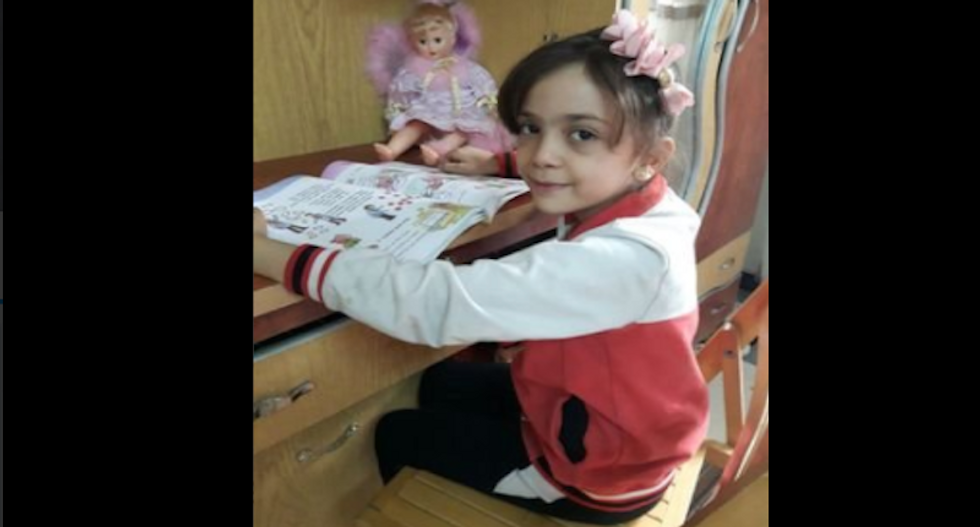 The seven-year-old Syrian girl who gained a global following last year with her Twitter updates from Aleppo has written an open letter to U.S. President Donald Trump asking him to help other children her war-torn country.

Bana Alabed drew some 363,000 followers after she joined the micro-blogging site in September where she uploaded messages and pictures of daily life in Aleppo on the @AlabedBana handle, an account managed by her mother Fatemah.

Last month, the young girl and her family were evacuated from the rebel-held eastern part of the city following a government offensive. They arrived in Turkey, where they met President Tayyip Erdogan.

On her own @FatemahAlabed Twitter account, Fatemah posted a picture of the handwritten letter where the young girl introduces herself to Trump as "part of the Syrian children who suffered from the Syrian war".

In the letter, Bana also talks about losing friends in the nearly-six-year conflict and her new life outside Syria.

"Right now in Turkey, I can go out and enjoy. I can go to school although I didn't yet. That is why peace is important for everyone including you," she said.

"However, millions of Syrian children are not like me right now and suffering in different parts of Syria. They are suffering because of adult people."

On Wednesday, Trump said he "will absolutely do safe zones in Syria" for refugees fleeing violence, without giving further details. His comments came after Russia, Turkey and Iran on Tuesday backed a shaky truce between Syria's warring parties.