'You're answering your own question': Michael Eric Dyson shuts down CNN host for downplaying racism 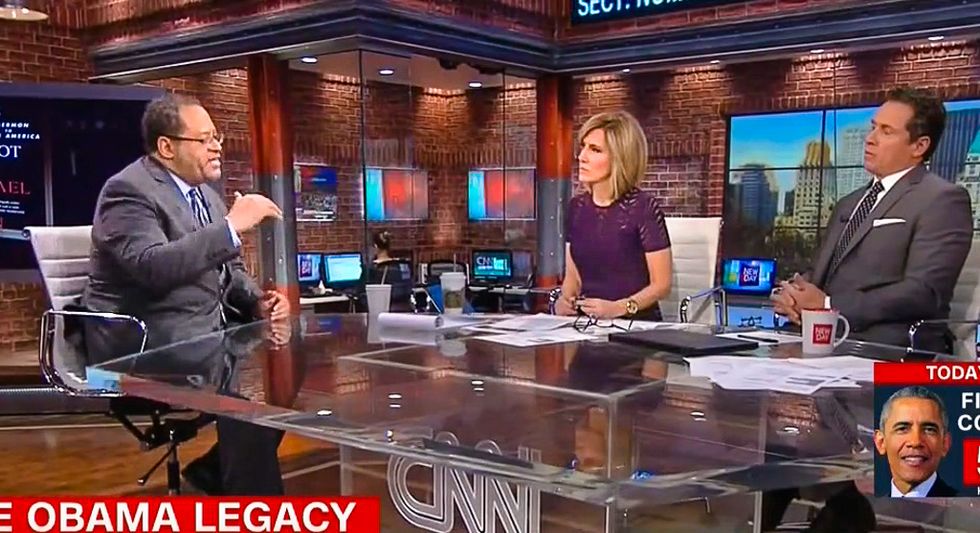 During an appearance on CNN's New Day, Dyson explained that Barack Obama's presidency "provoked a kind of racial animus that we haven't seen explicitly expressed in America for quite a while."

Somewhat skeptically, CNN host Alisyn Camerota noted that Dyson believed Trump's win was "more race based than a lot of other people thing."

"Let's be honest," Dyson replied. "A lot of the response against Obama was for no other reason than he was a black man. If you don't like Barack Obama as a black man, there are not too many other brothers you're going to dig. Because he's nice, he's congenial, he's affable, he agrees with people who disagree with him. That kind of man is extremely rare."

"Just hold on a second," Camerota said. "How did that allow Donald Trump to be elected? In other words, if you're saying that there was some racism that went into Donald Trump, Hillary Clinton isn't a black male either."

"But did Hillary Clinton lead the birther movement?" Dyson pointed out. "The very guy that who questioned the legitimacy of Barack Obama as a black man is now the president of the United States of America. You're answering your own question in that sense."

"Do you think that's why people voted for him?" the CNN host wondered. "Or do you think they overlooked that because they believed he was going to be helpful to business."

"Your faith in the American citizenry is pretty high," Dyson shot back. "They overlooked what? The fact that Donald Trump for two years with lethal intensity continued to assault a sitting president as -- quote -- illegitimate and, now thin-skinned as he is, can't even take John Lewis saying that you may be illegitimate."