'You're asking us to be tolerant of intolerance': Rockettes reveal how they rejected Trump performance 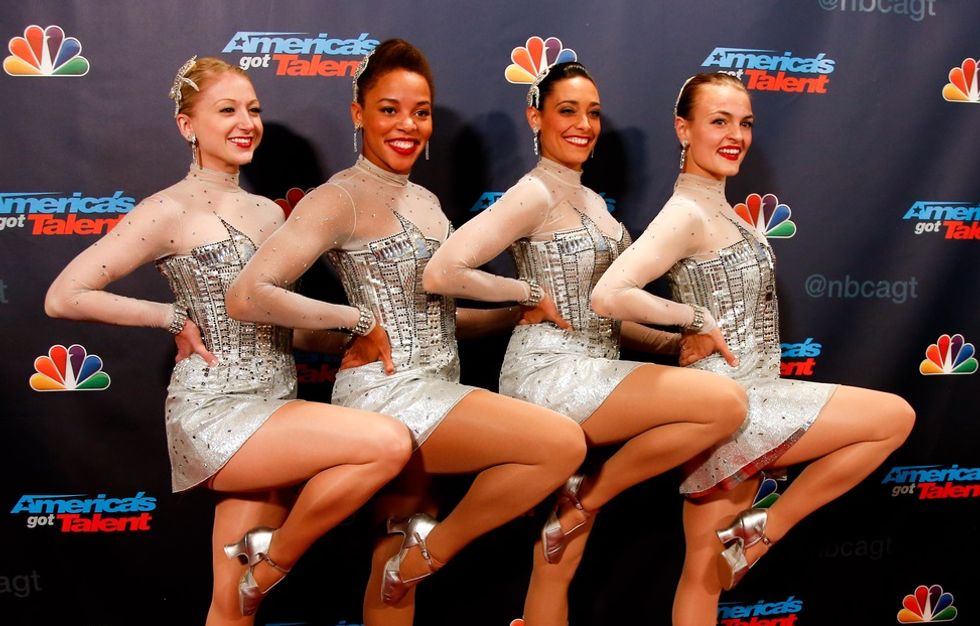 The Rockettes at the post-show red carpet of "America's Got Talent: The Finale" Season 8 at Radio City Music Hall on September 18, 2013 in New York City (Shutterstock).

In interviews with members of the Radio City Rockettes, several dancers explained that the owner of the group pleaded with them to perform at Donald Trump's inauguration and gave them an out by telling them, "We're celebrating a new president, not necessarily this president."

As one of the few acts that have agreed to perform at the president-elect's inauguration, members of the dance troupe have said that they are upset at having to perform for Trump and have been under attack although it's not their choice.

According to dancers who spoke with Marie Claire, Madison Square Garden executive chairman James Dolan, acknowledged their concerns, saying it still might be good for the Rockettes' "brand."

"I don't believe it's going to hurt the brand. And nobody is more concerned about that than the guy sitting in this chair. I'm about to spend $50 million remounting this summer show. I'm going to spend a similar amount remounting next year's Christmas show. I gotta sell tickets." Dolan reportedly told the dancers during a closed-door meeting. "A good portion of people voted for this person. Hopefully they will like our brand. If 1 percent of 1 percent of them come to our show, we're going to do great."

Told by one dancer, "I mean, it just sounds like you're asking us to be tolerant of intolerance," Dolan replied, "Yeah, in a way, I guess we are doing that. What other choices do we have? What else would you suggest?"

Asked why they were not given advance notice that he had booked them for inauguration, Dolan reportedly told them "I'm not perfect," later concluding the meeting by making a last pitch to soften the blow.

"If I was to give you a little…what is it, a sound bite? Right?" Dolan said, "I would simply say, we're celebrating a new president, not necessarily this president."

You can read the entire interview here.

“This is one person who continues to attempt to represent the entire team of Rockettes," said Barry Watkins, chief communications officer for the venue. "This time it’s in a story that is the result of an unauthorized recording that violated the confidentiality of all of her sister Rockettes. While Mr. Dolan stands behind everything he said during the meeting, no one in that room believed they were speaking publicly. Everyone in the meeting had the chance to speak their mind in a safe setting, and many did. Her secret recording was deceitful and cowardly and has betrayed all of her fellow Rockettes. Posting this story is beneath the ethical standards of Hearst. We are deeply disappointed in their decision to post this story.”