$13K reward for info on vandal of Philadelphia Jewish cemetery 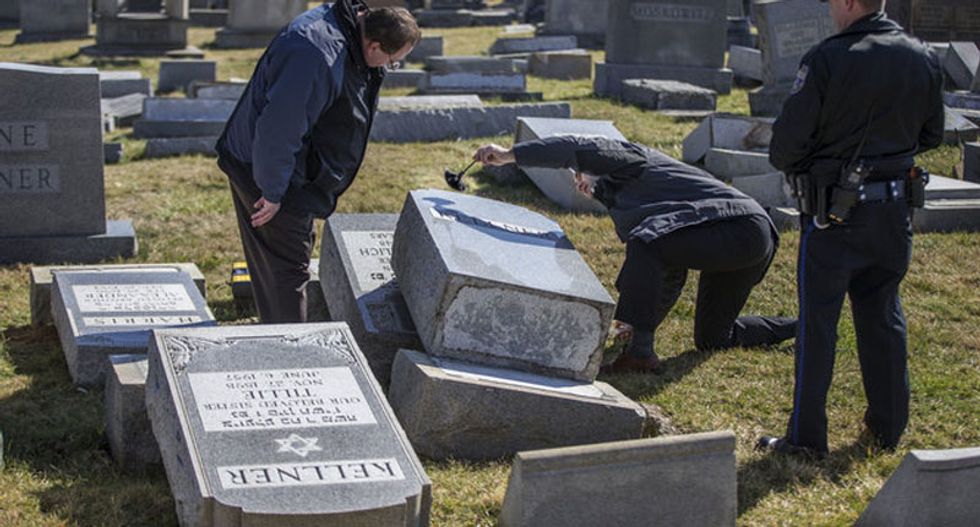 PHILADELPHIA -- Two organizations have pledged a total of $13,000 for information leading to the arrest of the person or people responsible for knocking over headstones in a Jewish cemetery this weekend. Philadelphia police said as many as 100 headstones were damaged at Mount Carmel Jewish Cemetery sometimes after dark Saturday, but Rabbi Shawn Zevit of…