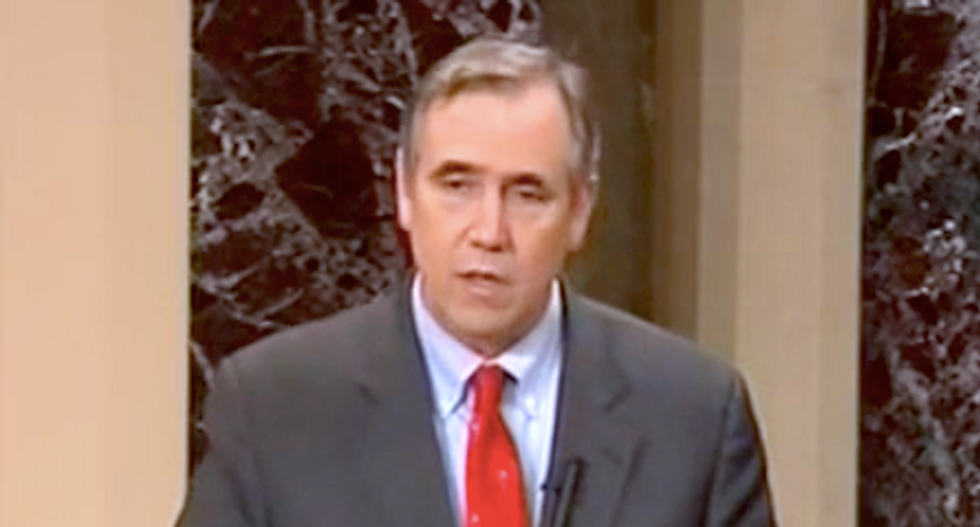 An Oregon Democrat defied Senate Republicans by reading into the record a letter from Martin Luther King Jr.'s widow that Sen. Elizabeth Warren (D-MA) had been stopped from sharing hours earlier.

Coretta Scott King warned 30 years ago that Jeff Sessions – now a senator and the nominee for U.S. attorney general – was an unacceptable candidate for federal judge due to his record on civil rights and racial justice.

Warren attempted to read that 1986 letter as the Senate considers Sessions for President Donald Trump's cabinet, but Senate Majority Leader Mitch McConnell (R-KY) cut her off.

“She was warned, she was given an explanation,” McConnell said. “Nevertheless, she persisted.”

GOP senators voted 49-43 along party lines to stop the Massachusetts Democrat from reading any more of King's letter, saying Warren was impugning Sessions' character -- but one of her Democratic colleagues came to her defense later.

"Mr. Sessions has used the awesome powers of his office to intimidate and frighten elderly black voters," King wrote in the letter.

Merkley, unlike Warren, was allowed by McConnell to finish reading the letter, which was already on the congressional record from the long-ago judicial hearing.

"It's a sad day for our democracy, Mr. President, when the words of Coretta Scott King are not allowed on the floor of the U.S. Senate," Brown said.