Alexei Navalny: The Russian anti-corruption crusader who was arrested after taking on Putin 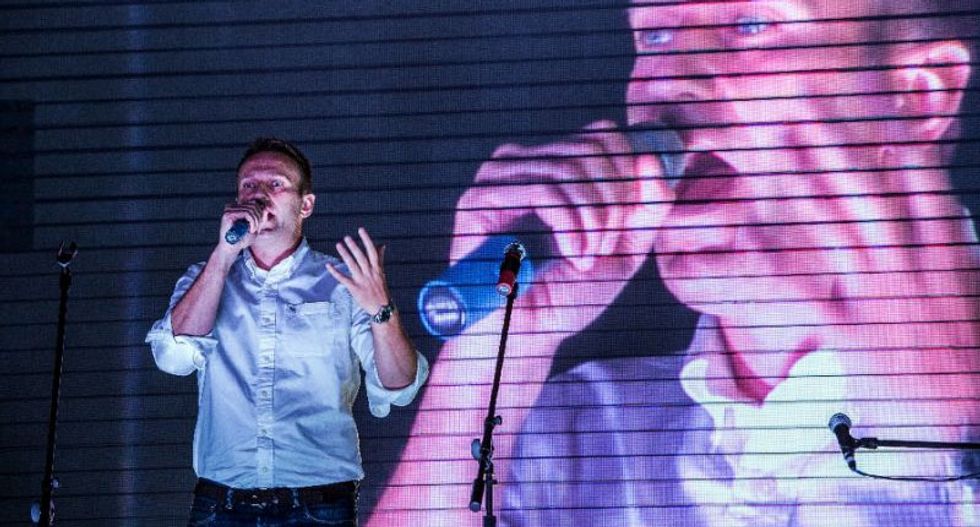 Anti-corruption campaigner Alexei Navalny shot to the head of Russia's opposition as one of the leaders of the biggest protests against Vladimir Putin's rule, drawing the wrath of the authorities.

The clean-cut lawyer, 40, has spent time under house arrest and seen his brother jailed in a string of cases he has denounced as retribution for challenging the Kremlin and exposing the vast wealth of Putin's inner circle.

Late last year, in his most ambitious move yet, he announced he would run for president in 2018, an election that Putin is widely expected to dominate.

But a guilty verdict announced Wednesday in a retrial of an embezzlement case means he could be barred from the vote -- though he insists he will not be forced out of the race.

Criticised by some liberals for his anti-immigrant nationalist stance, Navalny tapped into discontent among the young urban middle class with fiery speeches and Western-style campaigning.

"I will discuss what everyone is silent about but what it has long been time to say," Navalny said in December when announcing his bid for the presidency.

But in an environment where the media and the political landscape are tightly controlled by the Kremlin, he remains a fringe figure for most Russians, who are more likely to believe the official portrayal of him as a Western stooge and convicted criminal.

"Navalny is a unique politician of the younger generation," said Nikolai Petrov, a professor at the Higher School of Economics in Moscow, adding that he had managed to develop a high profile "at a time when public politics has ceased to exist."

During the mass protests of 2011, sparked by allegations of vote rigging in parliamentary polls, Navalny grabbed attention with his uncompromising rhetoric.

In front of crowds of tens of thousands, he coined catchy phrases such as the "party of crooks and thieves" to slam the governing United Russia.

Although the protests petered out after a crackdown by the authorities and Putin cruised to a third term as president in March 2012, they had given Navalny a platform to launch his political career.

In 2013 he ran a crowd-funded campaign to be mayor of Moscow and ended up finishing second behind the Kremlin candidate, with over 27 percent of the vote.

But Navalny was also facing a series of legal cases against him, a campaign that supporters saw as a sign the Kremlin was running scared.

In July 2013 he was found guilty in an embezzlement case involving an allegedly crooked timber deal and given a five-year suspended sentence, after an initial ruling to jail him was quickly altered when it prompted protests.

But Navalny was then forced to spend months under house arrest and often kept incommunicado over another graft case linked to the French cosmetics company Yves Rocher.

He was also given a suspended sentence in that case, but his brother Oleg, a co-defendant, was not so lucky: He was imprisoned for three and a half years.

Russia's supreme court last year overturned the 2013 conviction after a ruling by the European Court of Human rights -- but a retrial was then ordered that delivered Wednesday's guilty verdict.

Despite his legal travails, Navalny has kept trying to expose the lavish wealth of the elites who have emerged during Putin's rule, broadcasting the findings of his investigations to his 1.8 million Twitter followers.

Trawling through land registries and the filings of offshore companies, Navalny and his team have helped lay bare the hidden fortunes of high-ranking officials.

Among his most eye-catching exposes have been details on the palatial homes in Russia and abroad of some of the Putin's closest allies -- including one with a vast storage room for fur coats built by Vladimir Yakunin, former chief of Russia's national railways.

In July 2016, as Western sanctions over Russia's role in the Ukraine crisis and low oil prices were hitting average Russians hard, Navalny revealed that deputy prime minister Igor Shuvalov was sending his pet corgis on private jets to dog shows around Europe.

"Dear friends, those who voted for Putin and United Russia, you made it possible for Russian officials to steal completely openly and live as they do," Navalny said in an online video.

"Please don't ever do this again."