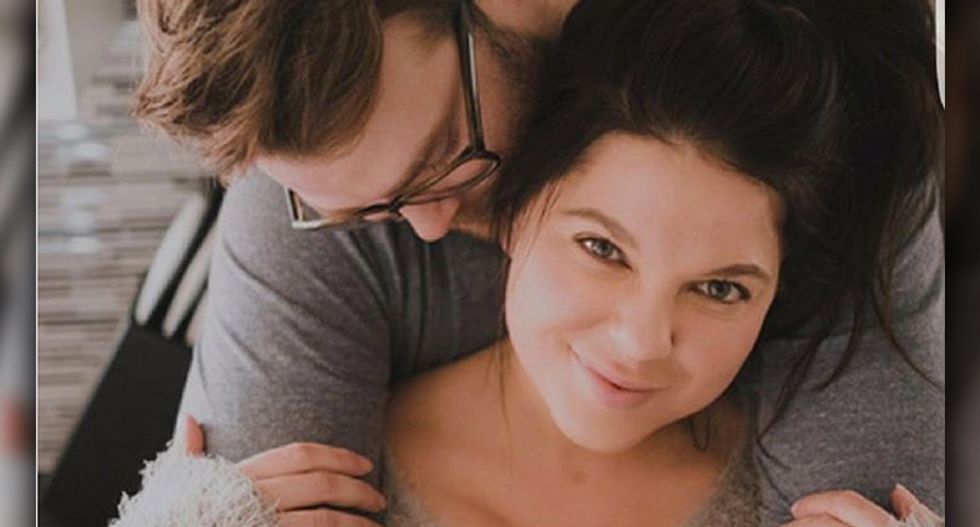 Josh Duggar admittedly molested four of his sisters and a babysitter while growing up. But now it seems another Duggar had a difficult and abusive history as well.

According to a Fox News interview, Amy Duggar, Josh's cousin, and her new husband Dillon King are in “Marriage Boot Camp: Reality Stars." The couple admits that Amy needed help coming "to terms with an abusive incident involving a family member."

The Inquisitr reported the issue wondering if Josh could have been the source of the molestation. According to the Fox interview, Amy didn't want to reveal who the source of the crime was before the airing of the show.

According to a teaser that appeared in a commercial for the show, a male family member allegedly picked Amy up by her throat and lifted her toward the ceiling.

“I’m grateful I had the opportunity,” Amy told Fox. “I wished I could have done it behind closed doors… It’s not that I regret saying his name… Well, I regret talking about it on camera, but it’s something that just literally blew out of my mouth and the doctors could tell that I was bothered by something.”

“The question was, ‘Who hurt you when you were a little girl? Who was someone that first brought you pain? And this person — I tried to hide it, I did. But the doctors were like, ‘No, there’s something there. There’s something bothering you,’” she said.

“And before I had the chance to really think about it and clear my mind, [the name] came out in therapy. And I forgave this person. This person is having a hard time forgiving me for mentioning it on camera. But in the moment, I literally forgot cameras were even there.”