Ana Navarro nails the terrifying truth about Trump: Americans either think he’s nuts — or the messiah 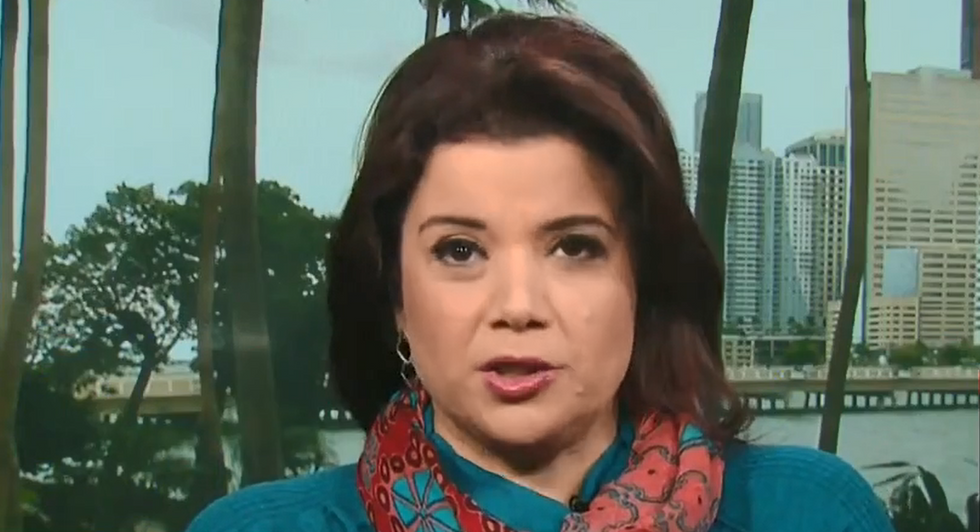 Ana Navarro on Wednesday hammered President Trump for creating an atmosphere of fear in the United States, and she said that everyone who isn't a diehard Trump fan is either angry or frightened by his presidency.

While appearing on CNN, Navarro relayed a conversation about that she overheard while waiting in a lobby for a doctor's visit.

"A man was saying to a woman, 'There are three kinds of people in America right now,'" she explained. "'Those who love Trump and think he can do no wrong, those who hate him and protest him all the time, and those who are too afraid to protest him.' She then said, 'Well, you're forgetting those of us who are under medication.'"

While Navarro said this sounded like an amusing anecdote, she added that there was a very serious side to it that showed the divisions and fear among American citizens.

"This is not a joke," she said. "So many people right now who either see him as a messiah, see him as a manic president, or are just in too much fear to process everything that has happened in the past month."

Donald Trump appeared on the far right-wing cable channel Newsmax Thursday and falsely declared Cassidy Hutchinson, the former aide and advisor to his White House Chief of Staff, has been "thoroughly discredited." Also on Thursday CNN reports Hutchinson said "that she was contacted by someone attempting to influence her testimony."

Experts have called Hutchinson's statements on Tuesday before the U.S. House Select Committee on the January 6 Attack a "data and information cluster bomb," and a "smoking gun" that provides the "strongest legal evidence specifically against Donald Trump thus far."