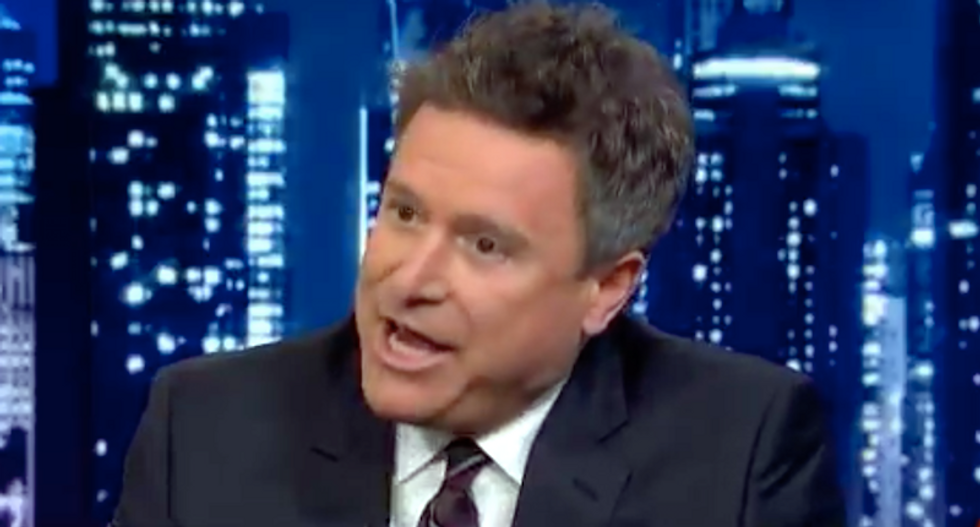 The director of the Anne Frank Center took another shot at the Trump administration's apparent anti-Semitism.

The day after Trump's disavowal, his chief strategist, Steve Bannon, taunted the "globalist media" opposing the president's "nationalist" agenda -- and Goldstein couldn't help but notice the language he used was loaded with historically anti-Semitic tropes, reported the Chicago Tribune.

"We are now seeing a pattern, and during the week in which the Trump administration has been under a microscope for anti-Semitism, this is how you refer to the press? In some of the most unfortunate anti-Semitic terms in history?" Goldstein said. "That doesn't happen by accident."

"Globalist and corporate media — these are code words of anti-Semitism, and when they're used by a man with an anti-Semitic history such as Steve Bannon, you'd have to be living in the Stone Age not to connect the dots," Goldstein said.

Trump has refused to specifically acknowledge Jewish suffering during the Holocaust or condemn his anti-Semitic supporters, and Goldstein said Bannon is sending a similar message to those white nationalist backers.

"Bannon is engaging in what I call plausible deniability anti-Semitism," Goldstein said. "He can turn around and say, 'Well, what are you talking about? I didn't attack Jews today, I attacked the media being linked to some corporate conspiracy.' By not mentioning Jews, he dares us to play rope-a-dope, to play a game of gotcha."